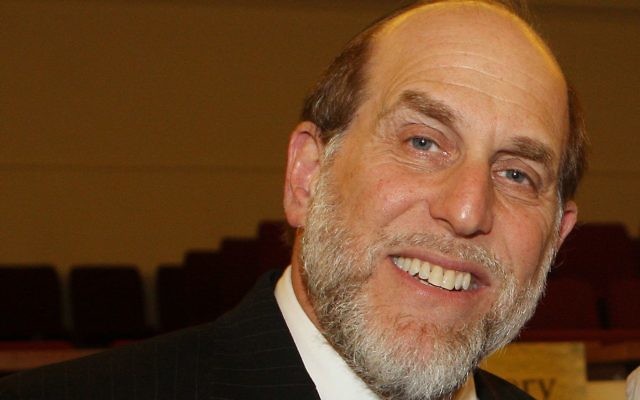 RABBI Yaakov Sprung, Mizrachi’s mara d’atra (senior rabbi), will not be serving the congregation after 2015, as the organisation has decided not to renew his contract.

Contacted by The AJN, Mizrachi president Ian Waller said the decision not to continue with Rabbi Sprung was the outcome of a vote by the shul’s membership held by a secret ballot in the Mizrachi foyer between 8.30am and 6pm last Sunday, in which a majority voted not to renew his contract.

Waller would not divulge voting figures but said the membership turnout was high and the margin voting not to extend the contract was “the slimmest of majorities”, adding: “I am disappointed.”

The AJN understands the decision was sparked by tensions between the rabbi’s supporters and a bloc of members seeking a more contemporary approach to Mizrachi’s rabbinate. Sources close to Mizrachi said the decision caused dismay in some quarters and some congregants had not voted, believing the ballot would be strongly in favour of keeping the rabbi.

In a November 30 letter to the Mizrachi membership, Waller stated: “Rabbi Sprung has provided outstanding spiritual leadership and has consistently advanced our objectives to increase Torah learning and to provide encouragement and support to our members. This has been demonstrated in carefully prepared drashot and shiurim, the many hours spent in pastoral and counselling activities and in active participation in our members’ life cycle events.”

The Mizrachi president told The AJN his board had decided a proposition to offer Rabbi Sprung a further three-year contract “should probably be put to our members because it was a very important decision and one in which obviously the members had an interest in and strong views about.”

Rabbi Sprung, who moved to Australia with his wife Naomi to take up his position in 2005 and signed a second five-year contract in 2010, is a graduate of New York’s Yeshiva University and received his smichah (rabbinical ordination) from Mizrachi icon the late Rabbi Yosef Soloveitchik.

In addition to his Mizrachi role, Rabbi Sprung is a rav hamachshir (certifying rabbi) of the Melbourne Eruv.

Waller said a rabbinical search committee would be formed to seek a new senior rabbi for Mizrachi.

He said Rabbi Sprung had indicated he will serve out the remainder of his current contract to August 2015.

Meanwhile, Mizrachi is planning a new permanent role for its scholar-in-residence Rabbi Daniel Mirvis when he returns from studies in Israel next year. But Waller was emphatic that Rabbi Mirvis, son of Commonwealth Chief Rabbi Ephraim Mirvis, is not a contender for the position of Mizrachi’s senior rabbi.

Organisation of Rabbis of Australasia president Rabbi Meir Shlomo Kluwgant said Rabbi Sprung “has served his community with distinction for many years. He is a talmid chacham (wise scholar) and a fine rav and will no doubt be missed in the Melbourne Jewish community.”