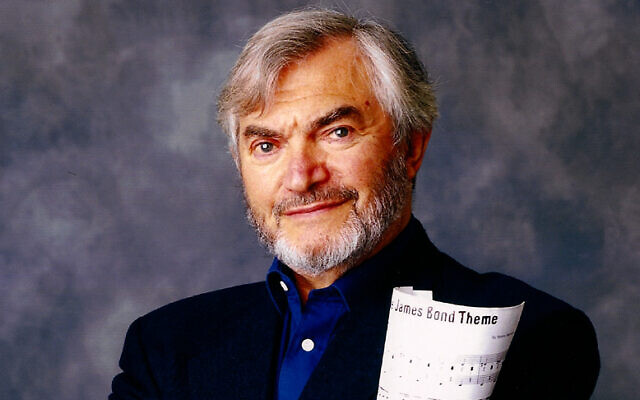 British composer Monty Norman, best known for writing the iconic theme music for the James Bond films, died on Monday at the age of 94, his official website announced.

“It is with sadness we share the news that Monty Norman died on 11th July 2022 after a short illness,” read the statement.

Norman was born Monty Noserovitch in east London, to Jewish parents, on April 4, 1928.

He began his singing career with big bands before turning to composing, penning songs for musicals and films including Songbook and Poppy and Make Me An Offer and for pop stars such as Cliff Richard.

His best-known work came when he was asked to score the first James Bond film, Dr. No, in 1962, although the producers drafted in John Barry to rearrange the piece.

Barry said he had actually written the piece, but Norman went to court to assert his authorship, suing the Sunday Times newspaper for libel over a 1997 article asserting the theme was composed by Barry. He won in 2001 and was awarded 30,000 pounds in damages.

The theme became an integral part of the Bond brand, featuring in 24 subsequent films.

Norman told his official website that his introduction to music was through the son and daughter of his parents’ landlady, who played the popular songs of the pre-war era, before the arrival of rock’n’roll.

Commenting on a photograph of himself taken at the time holding a guitar, he said “that was the first time I had ever held a musical instrument. I can still remember the thrill of the moment.”

His mother bought him his own guitar when he was 16.

He later joined the Army Cadets, where he got used to performing for a crowd.

Norman then did radio broadcasts with jazz bands before becoming a solo artist and singing in weekly variety concerts, broadcasts and television shows.

He worked with the country’s top comedians, including Benny Hill, Peter Sellers and Spike Milligan, but then decided to concentrate on writing.

“I had started to write songs and when one of them, False Hearted Lover, became reasonably successful I decided I would like to continue in that direction,” he said. “Within a year we had two major hits in the West End with Irma La Douce and Expresso Bongo.”

Irma La Douce was successful in both London and Broadway, being nominated for seven Tony Awards.

Another of his shows about the infamous murderer Dr. Crippen ran for only six weeks but one of its backers, Cubby Broccoli, said he wanted to work with Norman again.

After buying the rights to Ian Fleming’s James Bond, Broccoli asked Norman to work on the score for the film version of Dr. No.

He drew on a piece he had written for a proposed musical adaptation of V.S. Naipaul’s A House for Mr. Biswas, shifting the key riff from sitar to electric guitar. The result — twangy, propulsive, menacing — has been used for every Bond thriller.