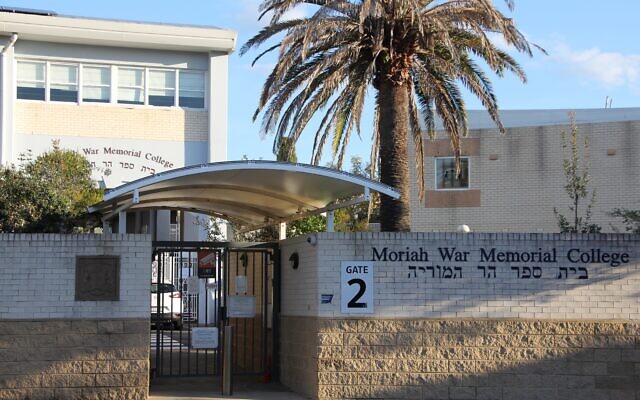 MORIAH College has announced “serious disciplinary sanctions and terminations of enrolment” of students involved in a recent scandal in which illicit substances appeared to be consumed in its online lessons and captured on video.

As The AJN reported on Thursday, the incidents involved a current year 12 student, who could be seen crushing a white powder – reportedly flour – with a bank card.

In another incident, a participant in a Zoom lesson changed their name to “Hitler”, while a further incident showed a former Moriah student who was expelled smoking a bong in full view of the teacher and students.

It is understood some Moriah high school students invited non-Moriah participants into several of the college’s online lessons. The incidents were filmed and shared widely around the community, and made headlines in the mainstream media.

In a letter to parents this afternoon (Friday), Moriah principal Rabbi Yehoshua Smukler said the college had “identified the individuals in the videos, those who recorded them, as well as the trespassers into our lessons”.

“This has resulted in serious disciplinary sanctions and terminations of enrolment. All actions taken have been consistent, and in line with our core values,” Rabbi Smukler said.

He stated that “past students, and non-Moriah trespassers, who entered our learning spaces, are being investigated by NSW Police”.

“The Moriah B’Yachad Online learning platform has been further upgraded to ensure it is safe and secure for all students and staff,” Rabbi Smukler added.

“We will not allow the negative actions of a few fringe-dwellers to bring down the extraordinary work, engagement, and positive energy of our college community.”