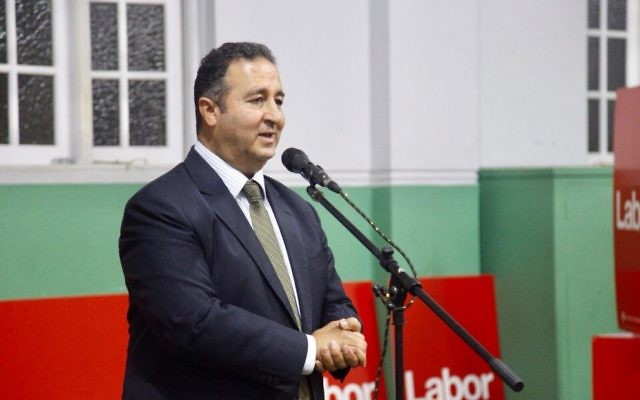 Moselmane wrote to supporters on Facebook on September 15, “The NSW Labor leadership has decided not to preselect me for the Upper House to represent you at the next State elections in March 2023.”

A member since 2009, Moselmane frequently earned condemnation from Jewish communal leaders for statements about Israel.

In Parliament in March this year he called the IHRA Working Definition of Antisemitism “a political tool being used to deflect criticism of Israel as an apartheid state, which has subjugated, oppressed and dehumanised the Palestinian people for the past 70 years”.

He also expressed support for the acts that boycotted the Sydney Festival over a $20,000 sponsorship from the Israeli embassy in January.

In 2019, he blocked then NSW Jewish Board of Deputies CEO Vic Alhadeff from entering a multicultural trade union event. Alhadeff declined to comment for this story.

In 2016, Moselmane used a condolence motion for late Israeli president Shimon Peres to claim no Jews in pre-state Israel were “ever harmed” by Palestinians and accuse Peres of being partly responsible for “the uprooting of the Palestinian people”.

In a May 2013 parliamentary speech he described Israel supporters as a “political lobby group that is cancerous, malicious and seeks to deny, misinform and scaremonger”.

Retiring MP Walt Secord, who in March 2013 famously raised three points of order against Moselmane during an attack on Israel, despite them both belonging to the same party, told The AJN, “NSW Labor leader Chris Minns has shown real leadership. The rejection of Moselmane’s nomination came as a total surprise to him and his anti-Israel and pro-Beijing supporters.”

Between 2012 and 2016, Moselmane hosted an annual Multicultural and Indigenous Media Awards event at Parliament House to which Jewish media were not invited.

He once came under fire for tweeting a link to an article on the website of former Ku Klux Klan grand wizard David Duke, has also appeared at a rally where Hezbollah flags flew openly and hosted controversial former University of Sydney academic Tim Anderson at Parliament House.