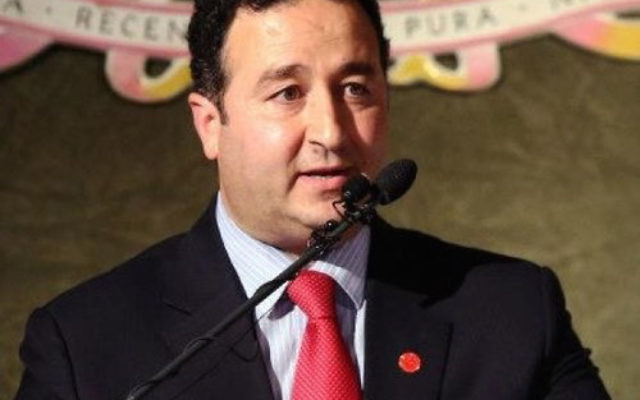 A CLAIM made in NSW Parliament last week by Opposition Whip in the Legislative Council, Shaoquett Moselmane, that no Jews in pre-State Israel were “ever harmed” by Palestinians, has outraged political and communal leaders.

And subsequent comments by the Lebanese-born MLC that labelled the late Shimon Peres as being partly responsible for “the uprooting of the Palestinian people” have been condemned by NSW MPs, including Opposition Leader Luke Foley, who called them “disappointing and innapropriate”.

The tirade was launched by Moselmane during a debate about a condolence motion for Peres, penned by Christian Democratic Party MLC Paul Green.

It came barely a week after Australian Greens leader Richard Di Natale caused outrage in Canberra by delivering a speech about Peres that was condemned by communal leaders and described as “disgusting” and “shameful” by Federal MP Michael Danby.

“Neither Palestinian Muslim nor Palestinian Christian ever harmed the Jewish people of Palestine,” Moselmane charged.

“Yet history can objectively recall and show the harm done to innocent Palestinians in their thousands in the many massacres – including Deir Yassin.”

That prompted quick condemnation from NSW Jewish Board of Deputies CEO Vic Alhadeff, who told The AJN, “it says everything one needs to know about Mr Moselmane that he would use a condolence motion for a Nobel Peace Prize winner to air his obsessive falsehoods and fictional accounts of history.”

Alhadeff referred to many recorded cases of Jews being killed during the British Mandate, most notably the 1929 massacres when 133 Jews were killed, the April 1948 Hadassah convoy massacre when 78 Jews were slain, and countless deadly terrorist attacks.

On Peres, Moselmane said his “policies have caused a great deal of suffering for Palestinians … Peres was one of the first to champion the cause of illegal settlements”.

“A condolence motion is an occasion to acknowledge a deceased person’s achievements, not a platform for a political attack on them,” Foley told The AJN.

“Shimon Peres, more than any other political figure in Israel in recent years, kept the cause of peace alive within that society.

“Despite many setbacks, he remained an optimist, deeply committed to peace with the Palestinians.”

Walt Secord, the deputy leader of the Opposition in the Legislative Council and the deputy chair of the NSW Parliamentary Friends of Israel, also slammed Moselmane’s speech.

“Using a condolence motion in this manner is an absolute disgrace. It demeans the parliament,” Secord said.

“It was completely out of step with the views of the NSW Parliament and the community.

“Shimon Peres’ tireless efforts toward peace was even acknowledged by the Palestinian Authority, who sent their president to attend his funeral.”

Moselmane’s speech did include one positive reference about Peres.

“I recognise that he tried to set a course for a two-state solution in the latter part of his life,” Moselmane said.

He did not respond to The AJN’s request for comment.