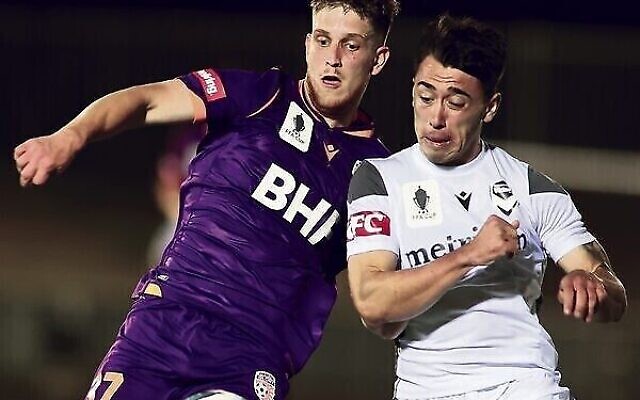 WHAT an epic match in which to make your senior starting debut for an A-League Men’s team!

Perth Glory Academy’s Jacob Muir got the call-up from coach Richard Garcia to start as central defender for a youthful Glory squad in an FFA Cup Round of 32 match in Adelaide on November 24, up against a vastly more experienced Melbourne Victory line-up that featured many A-League stars.

He ended up playing for a mammoth 102 minutes in a gripping, energy-sapping contest that required two periods of extra time, and a penalty shootout, to find a winner.

After the shock of dealing with a long-range Melbourne Victory goal in the first minute by Lleyton Brooks, Muir and his fellow defenders stuck to their guns, and were able to keep the Victory’s strikers and attacking midfielders in check for the rest of the match.

After the Glory equalised in the 26th minute through Josh Anasmo, it remained 1-1 in the second half and for more than 30 minutes of extra-time, and only a nail-biting 4-3 penalty shootout result saw Melbourne Victory advance to the next round.

Muir had a busy game, and was only subbed in the seventh minute of extra-time when cramp started to set in.

The 19-year-old recent Carmel School graduate – and 2020 Maccabi WA Junior Sportsperson of the year – told The AJN he knew it would be one of his most challenging games, and was pleased to “feel more comfortable as the match progressed”.

“It was a great feeling being selected, and exciting to get out on the pitch and play against some very experienced players, such as Robbie Kruse and Marco Rojas,” Muir said.

“One thing that stood out was the sharpness and quick decision-making that these players possessed … and the pace of the game.

“As you move up the ranks, these aspects of players only get better.

“I felt I handled myself really well.” 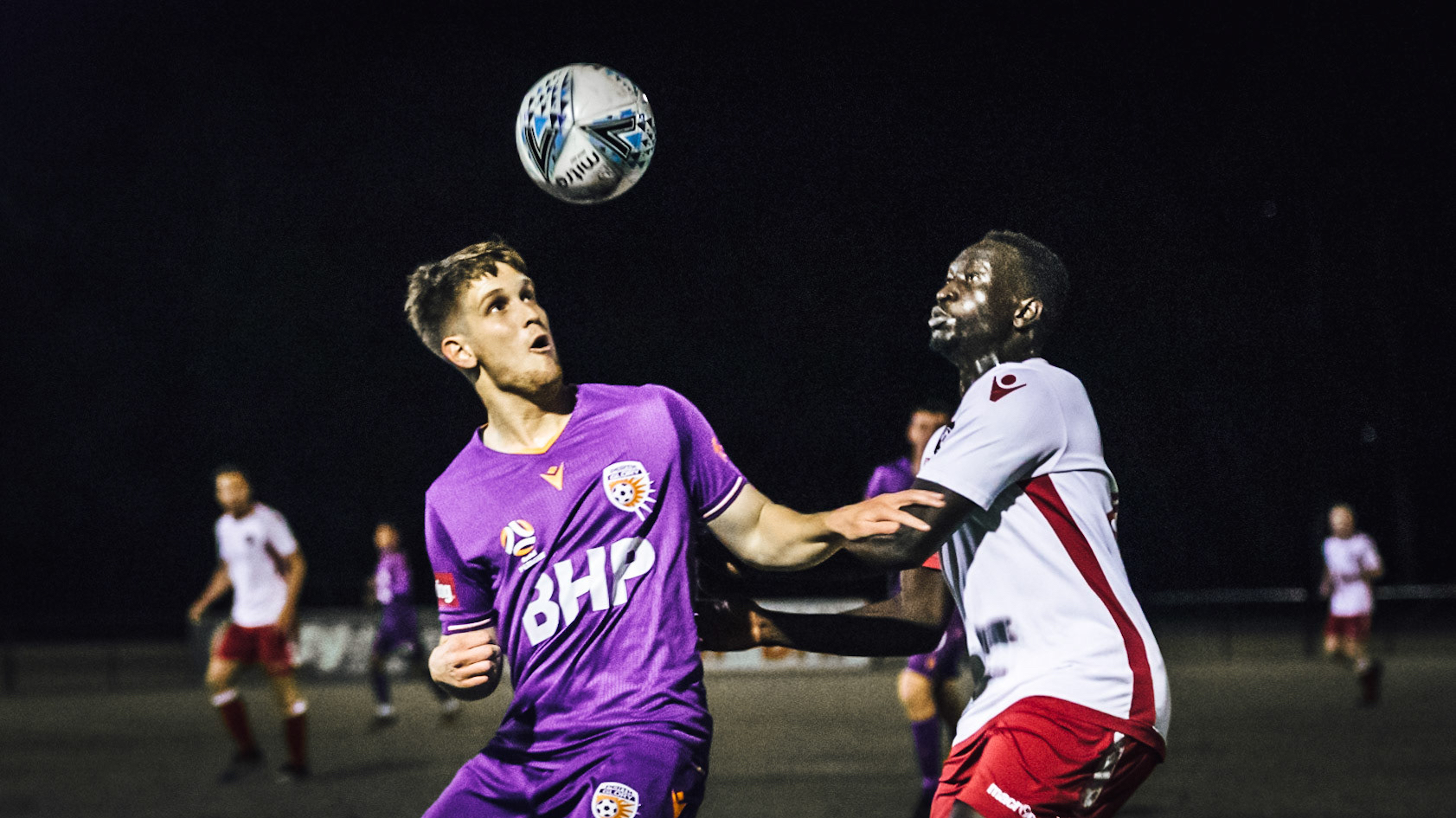 Muir joined the Perth Glory Academy when still in high school, trained every morning before class, and went on tours to England, Spain and Singapore to play against Academy sides.

This year he played 24 NPL WA games for Perth, and last month completed a full pre-season of training with the club’s A-League Men’s squad.

“The Glory are a club that likes to promote their youth players, so over the last three or four years, being a part of their Academy side has been a very enjoyable experience,” Muir added.

“I am very grateful for the opportunities given to me, and I look forward to continuing to work hard, to give myself the best chance at making an A-League Men’s debut this season.”

Maccabi WA president Justine Sharbanee told The AJN that Muir was “always the one to watch” when he was a Maccabi junior football player.

“He coached for Maccabi and helped at our holiday camps when his schedule permitted.

“We are very proud of his achievements.” 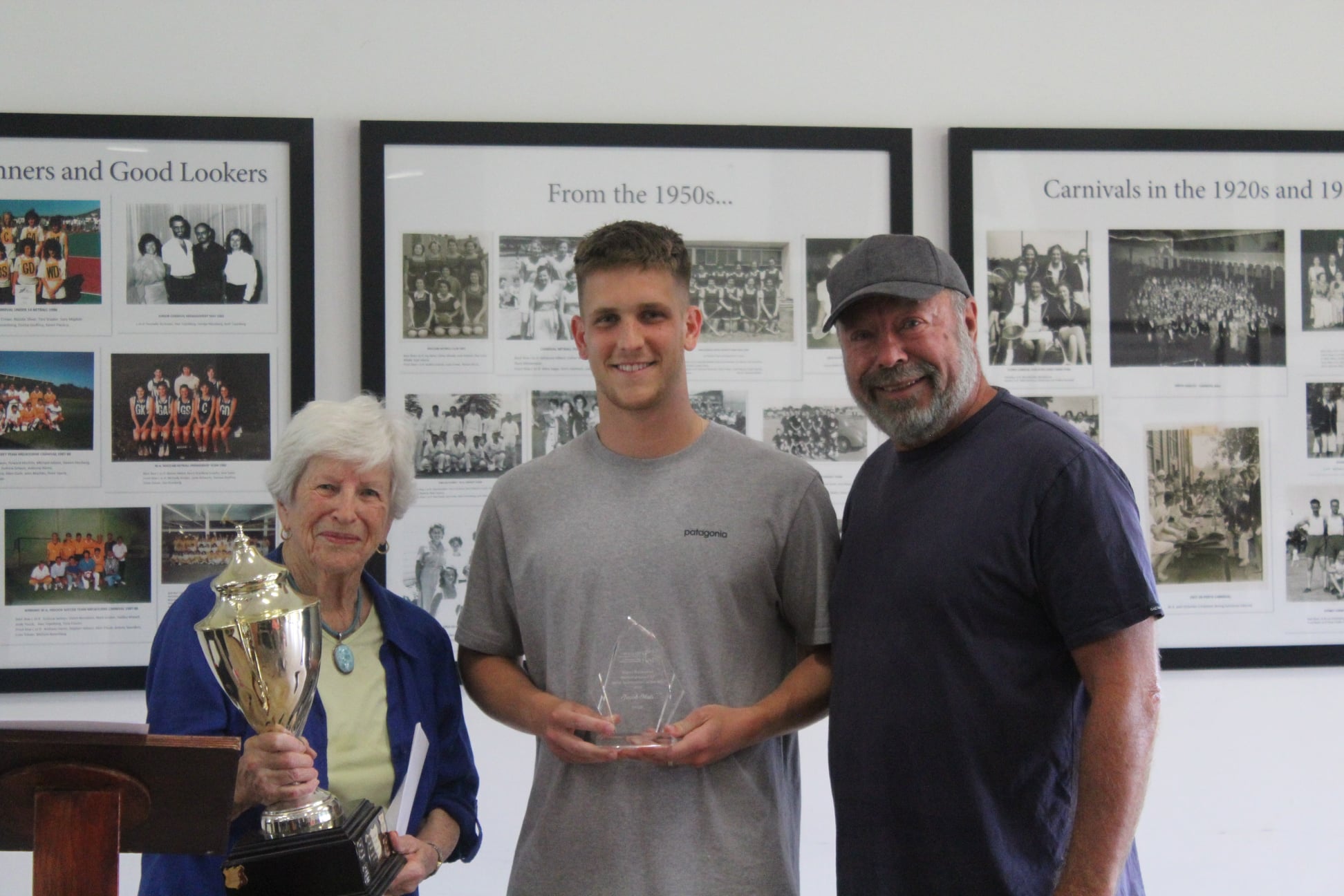 Jacob Muir (centre) being presented with the 2020 Maccabi WA Junior Sportsperson of the Year award by Rachael and Peter Krasenstein.