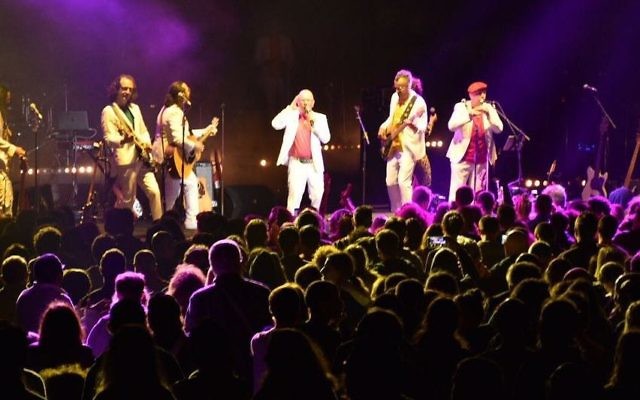 JERUSALEM, which recently celebrated its 50th anniversary of reunification, is going through a renewal of multiculturalism underscoring the richness of its diversity.

The Israel Festival, which celebrates this transformation through its avant-garde fusion of music, theatre and dance, was held earlier this month at a variety of venues around Jerusalem.

The festival’s opening event, called the “Groove Party”, encapsulated this theme, bringing together musical legends such as Knesiyat Hasekhel and Teapacks, both founded in the southern Israeli city of Sderot and known as pioneering bands that have significantly influenced Israeli musical identity.

The members of Teapacks are of Tunisian, Moroccan, Bulgarian, Romanian, Polish, Russian and Yemenite heritage – a diverse mix likely to be found only in Israel.

Joining the lineup was the Firqat Alnoor Orchestra, made up of religious Jewish and Arab musicians, who together with Israeli-Arab singer Nasreen Qadri presented a distinctive East-West sound.

Liora Itzhak, the epitome of Israeli-Indian harmony, brought Bollywood to the stage, while A-WA and Yemen Blues rocked the hottest Yemenite sounds in the Middle East.

“There’s the ever-exacerbating social and economic divide, national extremism and terror, the erosion of fundamental democratic values and artistic expression, technological advancement alongside utter helplessness in the face of the forces of nature, unprecedented access to information and the ethical questions that come with it,” said Sher.

One of the aims of the annual festival is to remove barriers for Jerusalem’s various demographic groups, including immigrants, people with disabilities, Charedi Jews, Arabs and people from low socio-economic backgrounds.

Sher estimated that about 15 per cent of the audience at the festival’s public events were Arabs from eastern Jerusalem.

The festival, which this year was held from June 1-18, partnered with Jerusalem organisations that used their art to advance intercultural dialogue.

At a previous festival an event run by Muslala had Israelis and Arabs meet under a bridge in a mixed Jewish-Arab neighbourhood. At the meeting point, participants drank coffee, ate watermelon and listened to music together, much like the “watermelon stands” that brought Jews and Arab together after the Six-Day War.

Sher noted that over the years the festival has attracted artists who were initially hesitant to come to Israel, but after visiting were pleasantly surprised by the normalcy and diversity of the Jewish state, unlike the way it was portrayed in the media.