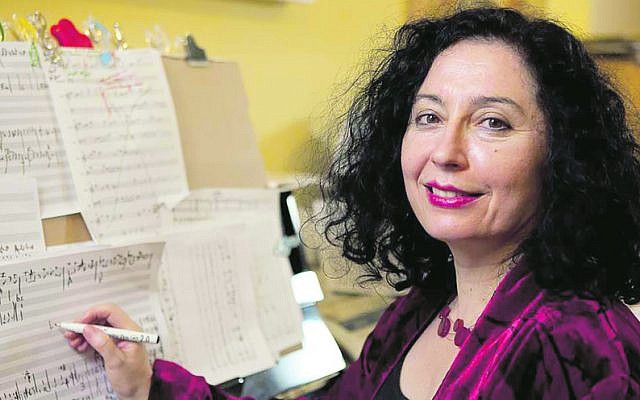 Composing at the piano is where Elena Kats-Chernin feels at home. “I am joined at the hip with my music paper and my piano ... It’s somehow my place.”

FOUR words have been on composer Elena Kats-Chernin’s mind of late – stirring, moving, vibrant and colourful.

Add ‘intensity’ to the equation, and Kats-Chernin had a powerful maxim guiding her composition for an opera honouring the dynamic and turbulent life of admired Australian artist Brett Whiteley.

“I feel those four main words are kind of how his art is, and I had that motto throughout in writing it,” remarked Kats-Chernin.

“On top of that, intensity because there is also an obsessiveness about perfection in his work … I wanted to mirror that kind of obsession and intensity of his nature and character in the music somehow.” 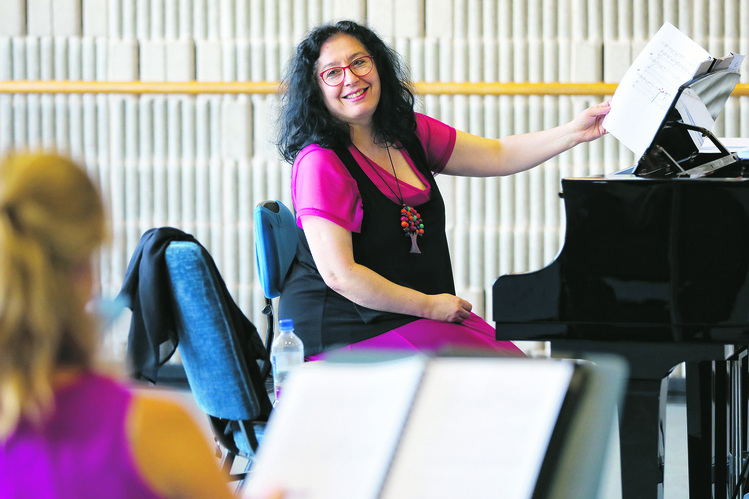 Describing Whiteley as a “very ambitious” project, composer Elena Kats-Chernin said, “It could be stunning if it all works.” Photo: Prudence Upton

Honouring the life of an iconic Australian artist like Brett Whiteley was a challenging responsibility for Kats-Chernin, whose previous compositions include comical operas, children’s works and chamber pieces such as Remember Bialystok for piano and cello.

For Kats-Chernin, recognising the remarkable legacy an artist leaves, while not elevating them to a superior status, was a fine line to tread.

In her own words, “To create that in music without being moralistic or making somebody too much of a saint [is difficult] … Sometimes there is distortion, it’s not all perfect, it’s not all tonal and very pleasant.” 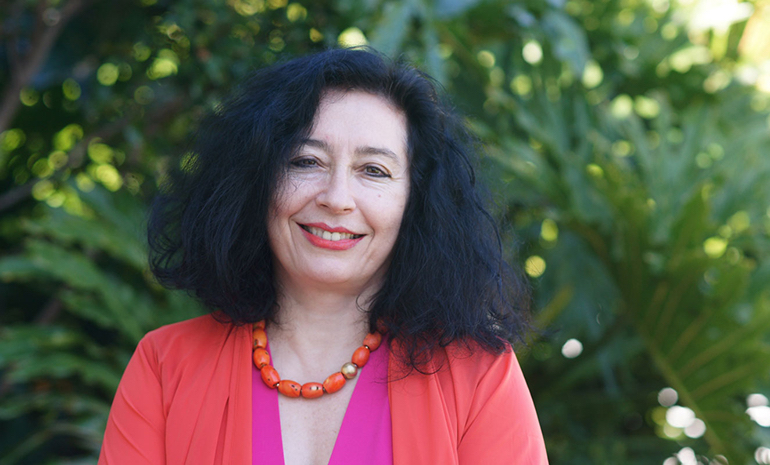 In Opera Australia’s new production, Whiteley, currently showing at the Sydney Opera House until July 30, Kats-Chernin captures the joyful, carefree days of youth when his artistic talents were already shining. He became besotted with Wendy, along with her splendid artistic eye, when the two first encountered each other in their teens.

“It’s the kernel of love just blossoming. That’s just the beginning, and then Brett goes away, he travels a lot and there is nostalgic music when he misses her,” explained Kats-Chernin.

“You also have Wendy’s artistic material come through – and they are very similar to Brett’s … They interplay a lot and I fragment them, change them, make them dark, I make them light, and I make them into a dance.”

WHILE Whiteley’s magnetic persona and flamboyant energy coloured his vibrant works, a troubled soul lay within as he pummelled further into a state of drug dependence. He tragically passed away from alcohol and drug use in 1992, aged 53.

“In this work particularly there is a lot of darkness because Brett went through some dark times,” said Kats-Chernin. “I write a lot of fun pieces – very uplifting and light – but there is also darkness in my work.”

Kats-Chernin used a famous phrase – ‘one eye is laughing and the other eye is weeping’ – to capture the light and dark shades she captures musically, as well as the influence of Judaism on her artistic expression.

“It’s not like I have Jewish themes through the piece but you can hear there are certain elements. You know that phrase, ‘crying with one eye and laughing with the other’? That kind of thing goes through my whole music … I don’t know if it’s Jewish or not, it’s global.”

Kats-Chernin’s research into Whiteley’s life – through watching documentaries and interviews, and viewing his artwork – was not conducted to reach a particular point of understanding, but to conjure an overall impression of Whiteley, which subtly embedded itself into her composition.

“Subconsciously I feel that Brett felt everything very strongly and very deeply and was very thoughtful. He said very thoughtful things, and I took that on board,” said Kats-Chernin.

“There is action, movement, highs and lows, the whole story of Brett and Wendy is really operatic.”

As a new Australian opera on the scene (a relatively rare phenomenon in itself), Whiteley presents unique challenges for singers Leigh Melrose starring as Brett, and Julie Lea Goodwin as Wendy, with libretto by Justin Fleming.

“They didn’t know the music because it’s not Madame Butterfly or La Boheme where they have heard it many times. It’s something completely new and also kept evolving in the rehearsal space.” 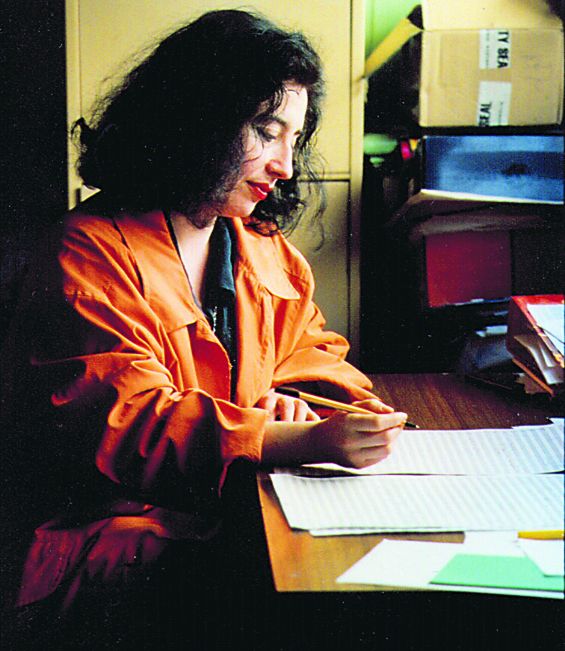 For Kats-Chernin, composing music for an opera about an Australian artist couldn’t be further from her humbling beginnings. Born in the Soviet Union (modern-day Uzbekistan), Kats-Chernin migrated to Australia in 1975.

“I was a very naive 12-year-old. I had no idea, no friends and started completely from scratch. My English was really bad, I was very insecure, painfully shy, and when I look back and think, ‘now I am writing about this incredible iconic Australian painter artist,’ how on earth did I get here?” remarked Kats-Chernin.

“I remember coming here and dreaming that I will have a little tiny piano piece performed by somebody in a student setting. I never thought in my wildest dreams I would have a piece played by an orchestra, ever,” she said.

“WHEN you hear one note being held, and see the screens are suddenly moving, that is an amazing effect,” remarked Kats-Chernin.

The composer is referring to the larger-than-life LED screens, displaying Whiteley’s most famous works, that move seamlessly around the stage.

“It has to run like clockwork otherwise it won’t work,” said Kats-Chernin, and the excitement in her voice – from witnessing the mechanics on stage work in time with her own mesmerising music – is instantly apparent.

“The most fun I have is when everything starts moving. I’m like a child, I love it!

“We don’t just have screens – we have some furniture on stage. It revolves, but my music is very rhythmical so I think it works really well because rhythm and the mechanics of machinery on stage are always great,” said Kats-Chernin.

The whirling stage work almost mimics Whiteley’s art – contrasting elements are constantly evolving, and a multitude of different features find a place to call home in his art.

In Sydney Harbour, Whiteley’s ultramarine blue and quintessential Sydney landscape has an almost lyrical quality, rendering it ripe for the opera.

And with one simple stroke of a brush, the piece of art has Whiteley’s name written all over it.

“The most amazing thing is that you look at one of Brett Whiteley’s painting and you know it’s a Brett Whiteley,” said Kats-Chernin.

“That is the most important thing – it’s an artist’s language, their vision and if you can immediately recognise it, I think it’s a huge achievement as an artist.”

It seems both Whiteley and Kats-Chernin’s unique artistic language, with contrasting colours, lines, textures and tones, will be on stage, front and centre, in this stirring operatic production.

Whiteley is on until July 30 at the Sydney Opera House. Bookings: www.opera.org.au/whatson/events/whiteley-sydney.