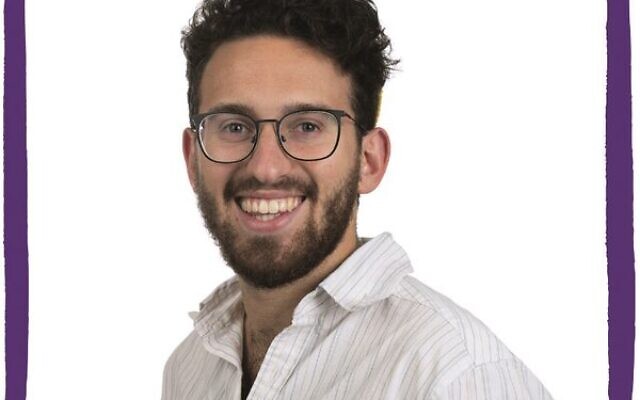 The 25-year-old is running for the first time and spoke with The AJN about his policies, hopes for Caulfield, as well as his Jewish upbringing.

Speaking further on his motivations to run, he said, “Too often [young people] aren’t given what they want, they want to see that [politics] is something they can do,” adding, “A lot of my friends and peers, whether it’s from school, or my youth movement days, are really proud that I’m running and really feel connected to the election where they usually do tend to find older faces and people they don’t connect with.”

Myerson also spoke about his upbringing, saying, “I try to represent all citizens of Caulfield, of course, but given that I’ve grown up in the Jewish community, and I understand what people care about, I think that’s really important.”

Speaking on the Jewish value of tikkun olam, he said, “We were brought up with this sense of wanting to leave the world in a better place than we found it; I see that as highly related to climate action, and the world that we see ourselves in right now.”

Myerson also referenced the Jewish law and value of tza’ar baalei chaim, meaning “to not inflict any animal cruelty where unnecessary”.

“I want to focus my energy on reducing animal cruelty, reducing animal murder, and leading our community and Victoria and Australia in a direction of kindness and equality, and also making sure that we take the necessary actions to mitigate climate change in the most scientifically based way possible,” he told The AJN.

The main pillars of the Animal Justice Party are animals, people and planet, and Myerson said, “We have a strong platform standing against racism, and antisemitism is on the rise and we oppose antisemitism in all forms.”

Myerson also explained that if elected, he and the Animal Justice Party want to increase the amount of safe housing in Caulfield, “because there is like a lack of that in this area,” he said.

He also plans to ensure that there are more green spaces and open parks, to improve both “biodiversity” and “mental health”.