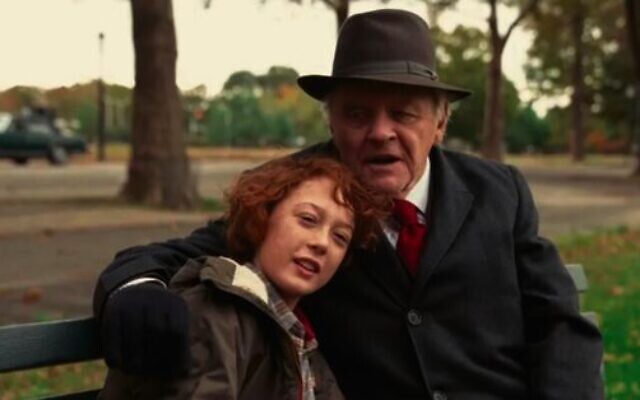 When a film receives a seven-minute standing ovation at Cannes Film Festival, it must pack a punch. The standing ovation moved both the director of Armageddon Time, James Gray, and one of its stars, Anne Hathaway, to tears.

It’s certainly one that the curators of the Jewish International Film Festival (JIFF) are excited to be showcasing. And it’s something that artistic director Eddie Tamir said is unlikely to have happened if they hadn’t been able to attend Cannes in person this year.

“The way the politics and the logistics of the industry works, we may never have gotten to see the film till it was too late to confirm it for the festival,” he explained to The AJN when chatting about the upcoming JIFF. “That’s an example of this year’s festival being able to bring the freshest films because we could get out to the markets.”

Armageddon Time will be opening JIFF in October and for Tamir and the JIFF team, while there are certainly other blockbusters that could have opened the festival, Armageddon Time was a clear choice. Explaining that the festival works alongside the general release rhythm of films, Tamir said it’s exciting to be in the game of presenting such high-quality films with such a high calibre cast.

It’s a semi-autobiographical story for Gray, set in the New York borough of Queens in 1980. 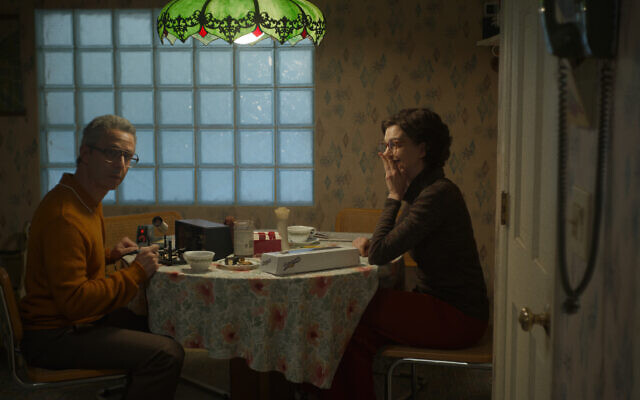 At the premiere, Gray explained that the film was finished mere days before Cannes, and said he was “deeply emotional”.

“It’s my story, in a way, and you guys shared it with me,” he is quoted as saying following the film’s screening.

Gray said 1980 – with Reagan’s election, the looming threat of nuclear war with the Soviet Union, his hero Muhammad Ali’s “humiliating” loss to Larry Holmes and the murder of John Lennon in Manhattan – gave the film its title.

“I also believe that was the beginning of a Market-is-God idea where, if you look at the rise of inequality as a world issue, it began around 1979, 1980,” he told reporters, calling it an “underrated inflection point in history”.

Gray said it was also the end of auteur-driven New Hollywood movies in favour of blockbusters, “which meant the end of the certain type of film that I really love and feel very passionate about and feel an obligation to try and continue.”

The intimate family drama probes big political and historical issues, as the clan of descendants of Ukrainian Jews who fell victim to the pogroms encounter an America divided, decades later, by racial and economic injustice.

Hopkins – how often do you get to hear him use the word “mensch”? – plays Aaron Graff, the doting grandfather of Paul, who keeps running into trouble at his middle school with his best friend Johnny, a black boy. Although both kids misbehave in class, it is only Johnny who faces serious consequences, as Paul’s mother (Hathaway) is on the parent-teacher council.

Delving into politics and race, Paul’s mother forbids him from seeing Johnny and in another scene, Paul confides in his grandfather about kids at his new school saying “bad words against the Black kids”. Aaron lovingly encourages Paul to stand up for his friend.

The boys’ paths continue to diverge as Paul’s father pulls him out of school and puts him in a private academy where Fred Trump – Donald’s father – is on the board.

The elite institution sees its mission as creating America’s next generation of leaders – a site of “superpower privilege”, Gray said.

Strong, who won an Emmy for his portrayal in Succession as the troubled scion of a powerful media dynasty, said he saw parallels between the themes of the series and the movie.

“The television show I work on is in so many ways about late-stage capitalism and terminal decadence in the United States,” he said.

“Certainly you can find the kind of prefiguration of all of that – in a way the genome of it – in this film.”

Hathaway said her own Jewish mother-in-law, who died recently, had served as an inspiration for her character, who out of deep love for her son makes a series of moral compromises.

“Her legacy influences my life in profound ways that I am truly, truly grateful for,” Hathaway said, fighting back tears.

“If I have done one thing in terms of capturing the depth of that love and that connection … I won’t even attempt to put it into words because it is beyond [words] and that’s why I’m so grateful to cinema, because it allows you to say things without words.”

Armageddon Time is the opening night film for JIFF in October. The full program will be released tomorrow (Friday). For more information and tickets, visit jiff.com.au

The AJN invites all readers to the AJN X JIFF exclusive screening of Karaoke on Sunday, September 18, 4pm at Ritz Cinemas in Sydney and Classic Cinemas in Melbourne. Head to australianjewishnews.com/karaoke for tickets.