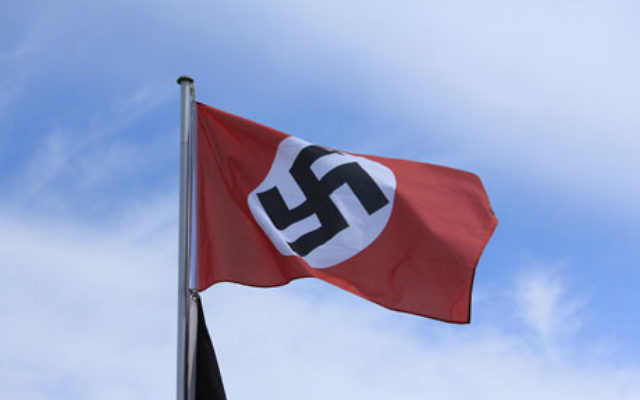 A MEMBER of Melbourne’s Jewish community has launched a personal crusade against the public display of Nazi symbols, after he and a friend noticed SS and swastika flags flying outside a house in Carrum.

Chaiyim Ben Ariel was driving home with a friend last Friday morning when he spotted the emblems.

“My friend and I nearly had a car accident, I couldn’t believe what I was seeing,” Ben Ariel said. “It’s just disgusting.”

The flags were raised outside the home of Robert Boot, a flag seller whose business has no website or ­official name.

Claiming to be apolitical, Boot said the flags were simply a means of advertising his products.

“The ideology behind those flags is not one that I share, it’s simply merchandise, the same as if I would be selling shoes or hats,” Boot told The AJN.

“I would never at my wildest moment hang an Israeli flag with what I’m flying today because that really does have a message, that would be hurtful.”

When contacted by Ben Ariel and the local council, Boot refused to take down the flags, which he rotates on a daily basis.

Expressing a fear that fellow Jews had grown weary of combatting hate, Ben Ariel told The AJN: “[Jewish people] are so familiar with anti-Semitism that people in the community are just sick of fighting it.”

“I do not believe that the flag shop proprietor is breaking any laws by flying the Nazi flag. However, his conduct is grossly insensitive and a foolish way of seeking to promote his business. If he has a 1000 different flags in his catalogue, as he claims, he can choose anyone of the other 999 flags which do not stand for the murder of millions of innocent men, women and children,” he said.

According to Block,  Boot would only be in breach of legislation if he intentionally engaged conduct that he knew was likely to incite hate or threaten.

“These symbols offend the thousands of Australian men and women who served during World War II and Australia’s Jewish community. These are symbols of the most evil regime of the 20th century. The flag maker should find other ways to attract attention to his business,” he said.

Caulfield MP David Southwick echoed the sentiment, condemning Boot for his “utter contempt” for the pain caused to all Victorians.

He called on people to “vote with their feet by not purchasing products from a business with such blatant disregard for the enormous community of Holocaust survivors”.

In November, Kingston City Council received reports that a Nazi flag was being flown at the same residence.

According to the council, when they contacted Boot, he agreed to take the flag down and not to display it again.

Kingston Mayor Cr John Ronke labelled the latest act a blatant publicity stunt and urged people not to give the business any further promotion.

“Kingston Council does not condone flying Nazi flags and this is disgusting behaviour,” he said.

With the council investigating the option of a local law to ban Nazi flags, Boot remained defiant.

“The minute a law is brought in, I will stop [flying the flags] but I will also leave Australia, because it will mean I am living in a dictatorship,” he said.