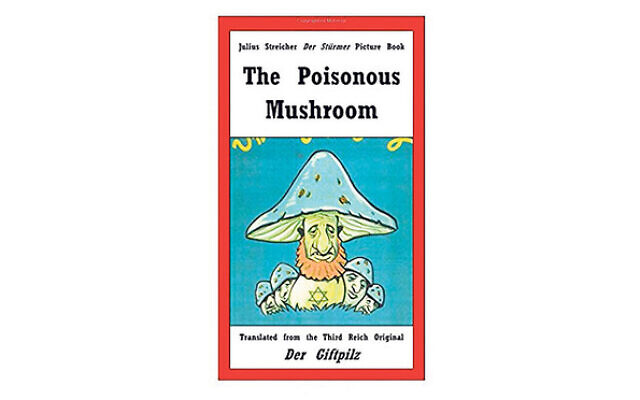 ONLINE platforms eBay Australia and Amazon Australia have announced they are removing Nazi-related items from their websites, such as a Hitler Youth handbook on offer on eBay and Nazi children’s books that appeared on Amazon Australia.

The decisions by the e-commerce giants came after they were contacted by the Anti-Defamation Commission (ADC) which pointed out the danger of spreading antisemitic hate material.

The first item to be removed was a 1935 Hitler Youth handbook, offered for sale on eBay Australia by a local user, while Amazon Australia withdrew children’s books written by high-ranking Nazi Julius Streicher including The Poisonous Mushroom, which depicted Jews as the devil, as child molesters, worms and poisonous mushrooms.

Streicher, who edited the antisemitic newspaper Der Stürmer, was convicted of crimes against humanity during the Nuremberg Trials.

Welcoming the change of policy by Amazon and eBay, ADC chair Dvir Abramovich regretted its necessity.

“This is not the first time we have seen online companies drop the ball on hate speech that can lead to real-world violence, and the fact that this keeps happening is unacceptable,” he said.

An Amazon spokesperson told The AJN, “As a bookseller, we believe that providing access to the written word is important, including books that some may find objectionable. We take concerns seriously and are listening to feedback. Amazon has policies governing which books can be listed for sale; we invest significant time and resources to ensure our guidelines are followed, and remove products that do not adhere to these guidelines.”

eBay had not responded to a request for comment by press time.