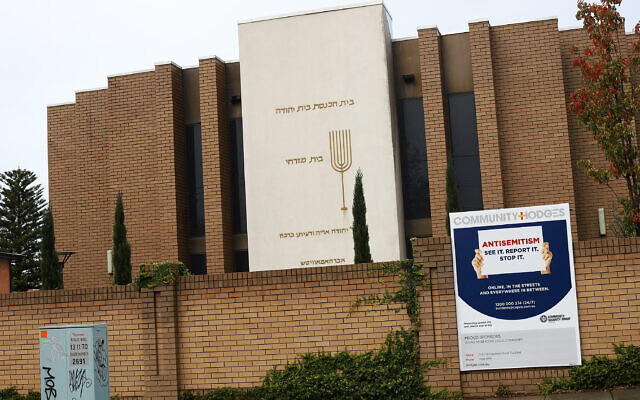 AN outpouring of disappointment and disdain has grown towards the Mizrachi Organisation following a decision to dump the only woman who sits on its executive in a secret ballot held late last month.

In 2019, longstanding Mizrachi member Keren Zelwer put herself forward to join the executive, acquiescing to a request that she be co-opted rather than contest a standing member. One year later, a secret ballot determining whether she would again be co-opted was organised unbeknown to her, ultimately resulting in her not being re-appointed.

In an email sent to the Mizrachi committee following the ballot, immediate past chair of Leibler Yavneh College and former Mizrachi executive member Avi Gilboa lambasted the executive for not only humiliating Zelwer, but “muffling any prospect of a sole female voice”.

“In the year 2020, the notion that any leadership body would be as non-gender diverse as Mizrachi’s executive, the notion that the Mizrachi executive would not be doing everything within its power to promote female leadership representation, the idea that a vote as significant as this would have taken place without so much as a conversation with Keren, not only beggars belief, but it speaks to an antiquated mindset that evidently permeates the Mizrachi executive to our collective communal detriment,” he charged.

“There is no call here for affirmative action – just recognition that Mizrachi’s gender bias (conscious or otherwise) is real, it is dangerous, and it is contemptible,” he added before beseeching others to speak up. And they did.

The AJN has obtained copies of a slew of letters from members of the Mizrachi community, including current and former committee members, and former executive members. The letters echo Gilboa’s sentiments, attest to Zelwer’s capabilities and work ethic, and several call for her to be reinstated.

But the executive since formed a majority decision not to hold a re-vote regarding her co-option, and she subsequently resigned from the committee earlier this month.

In a leaked email to the committee, Zelwer wrote, “The executive now consists of only men and no women, and despite the fact that I was not targeted due to my gender, the effect that this decision has on our organisation is shameful and regrettable.”

She added, “Whenever it has been asked why there aren’t more women involved in leadership at Mizrachi, the response has been that women need to put their hand up. I did put my hand up.

“I have shown commitment and enthusiasm, but have been told that I do not contribute and add value. Besides this being extremely offensive (and I believe untrue), a visionary executive would foster and encourage leadership skills in those who are willing, particularly when there is a lack of diversity around the table.”

When approached by The AJN, Zelwer declined to comment.

Last year, Mizrachi signed the National Council of Jewish Women of Australia (NCJWA) Victoria’s Gender Equality Pledge, acknowledging that “women and girls must be given the same rights and opportunities enjoyed by men across all sectors of society, including communal leadership, decision making and participation”. Further, all signatories vow to “annually review the number of women participating at board and management levels, with a commitment towards more equitable female participation”.

Currently, Mizrachi’s executive consists entirely of 13 men; and eight of the 35 committee members are women.

“Appalled” by the treatment of Zelwer, a letter was penned to the Mizrachi executive, signed by 66 Bnei Akiva leaders and youth of Mizrachi families, late last week.

“The actions of the lay leadership … are certainly a part of the reason why young people turn away from the Mizrachi community and sometimes Modern Orthodox Jewish life altogether,” it read.

On Sunday, Mizrachi president Danny Lamm sent a letter to members, apologising to Zelwer for “the pain this situation has caused … [and] the way recent events have unfolded”.

Lamm contended that the gender balance on the Mizrachi committee is “consistent with our obligations under the Gender Equality Pledge”, adding, the executive “can only benefit from the inclusion of motivated, involved and committed female voices”.

He pledged to “actively [be] seeking to improve female and young adult representation at every level, including at the executive”.

Contacted by The AJN, Lamm said, “The letter speaks for itself … The decision was not gender-based … the composition of our committee is consistent with the pledge and … the composition of the executive is being reviewed to ensure greater opportunities for female and young adult representation.”

On Lamm’s remarks that the gender balance on the committee is “consistent” with the obligations of the pledge, NCJWA (Vic) countered, “This position suggests a disregard for the spirit and intent” of it.

In a statement released yesterday (Wednesday), NCJWA (Vic) also said, “It is unclear how an executive, which consists of men only, considers itself aligned with obligations to pursue more equitable female participation.”