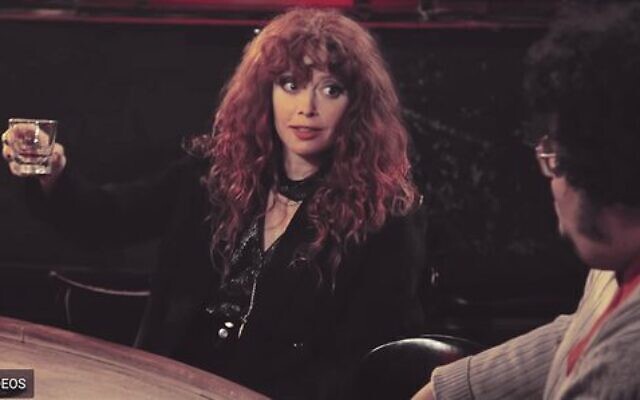 The most Jewish Netflix original show (other than Unorthodox, we guess) will soon be coming back for mincha – or at least, new adventures.

The new season of Russian Doll – the edgy time-loop comedy starring Natasha Lyonne, and exec-produced by a team including Lyonne, Saturday Night Live‘s Amy Poehler and The Colbert Report‘s Allison Silverman – now has a premiere date.

For those who missed Season 1, the story centred on Lyonne’s Nadia Vulvokov, a jaded software engineer in NYC forced to relive a series of events leading up to her death, endlessly.

As Nadia tried to work out why – at one point investigating a mysterious “Israeli-style” joint she smoked – her time-loop adventures seemed to chronically bring her back to an old yeshiva.

It’s a fitting scenario for a character played by Lyonne, who was once a Talmud and Aramaic honours student at chi-chi Jewish school Ramaz until she got expelled for selling marijuana.

Rolling Stone called Lyonne’s performance a “revelation”, while rottentomatoes.com said it was “astonishing” and gave the series a 97 per cent score.

The new instalment is set to air on April 20 – just in time for Pesach chol hamoed.