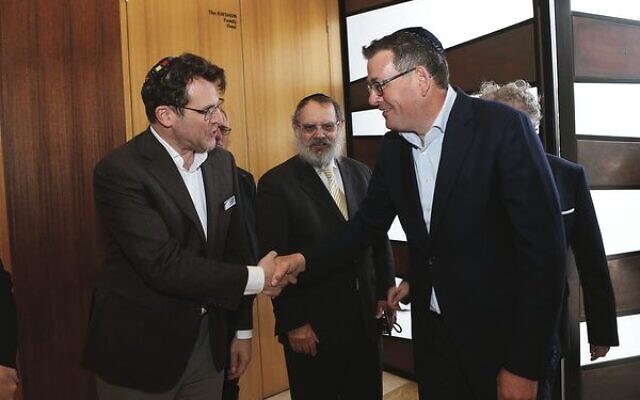 A fact sheet has been released ahead of the Victorian government’s new laws to criminalise the public display of Nazi symbols coming into effect on December 29.

It includes an outline of the offence, relevant penalties as well as other particulars regarding the new legislation.

The offence has been defined as intentionally displaying a symbol of Nazi ideology in a public place or in public view, as well as if the offender knows, or ought to have reasonably known, that the symbol is of Nazi ideology.

The fact sheet, released in October, notes that there are several exceptions to the offence, including where the display is made reasonably and in good faith for genuine academic, religious, artistic or educational purposes.

Potential penalties for offenders include a fine of approximately $22,000 (or 120 penalty units), 12 months’ imprisonment, or both.

The Victorian government included in the fact sheet that it recognises the cultural and historical significance of the swastika for the Buddhist, Hindu, Jain and other faith communities, pledging to deliver a community education campaign to raise awareness of the origins of the religious and cultural swastika, so as to explain its distinction from the Hakenkreuz.

The fact sheet also outlines the powers held by the Victorian police when it comes to enforcing this new legislation.

President of the Jewish Community Council of Victoria (JCCV) Daniel Aghion said, “The JCCV supports the government’s campaign to educate the Victorian community about the new offence.”

He said that the JCCV is “a key member of that campaign, together with the leaders of the Hindu, Buddhist and Jain communities”.

He added, “This fact sheet is just the start. It is important that the community understands what is banned and why the Nazi swastika is so offensive.”

Dvir Abramovich, chairman of the Anti-Defamation Commission, told The AJN that he is “delighted” that this law will come into effect “after a five-year personal campaign to have this ban legislated”.

“I also welcome this fact sheet which comprehensively explains the rationale for the restrictions and exemptions, the differences with other religious swastikas and the penalties for any breaches,” Abramovich said.

He added that it is his “hope” that the government will “broaden the educational campaign so as to reach a wider audience across various digital platforms to ensure maximum impact and understanding”.