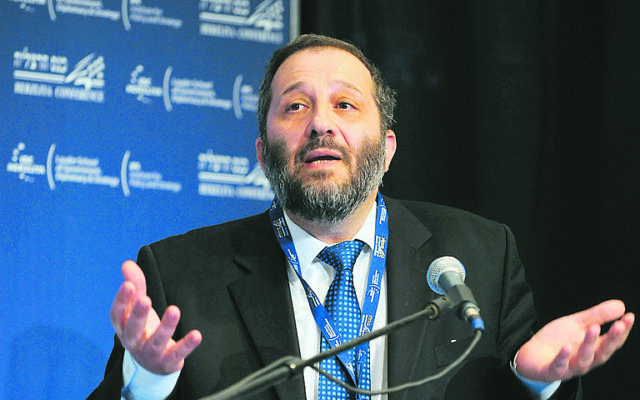 NEW elections are looking increasingly likely in Israel, as ministers threaten to quit if their rival demands aren’t met.

The government could come tumbling down within days, if either Charedi parties, or the secular factions they are fighting, carry through on their threats.

The Charedi parties want Israeli law to enshrine rights for yeshivah students to be exempted from military service, completing the gradual u-turn that this government has made on the draft issue.

And they said that they will hold the state budget to ransom, refusing to let it pass until they get their legislation.

“If there isn’t a new law, we will not support the budget,” said Arye Deri, Interior Minister and head of the Shas faction.

Meanwhile, secular parties say that if Charedi parties block the budget, they will make sure that the crisis kills the coalition. Finance Minister Moshe Kahlon threatened: “The Israeli people will start their seder night either with a budget, or without a Finance Minister.”

Defence Minister Avigdor Lieberman said that if the bill of the Charedi parties passes, he “would have no choice” but to pull his Yisrael Beytenu party out of the coalition.

He said he does not want new elections, but suggested that they will happen unless the crisis ends.

As the Charedi parties, Kahlon and Lieberman dig their heels in, others in Knesset are claiming that the crisis is manufactured, to serve the political interests of Prime Minister Benjamin Netanyahu.

Avi Gabbay, leader of the Zionist Union, the largest opposition party, claimed that Netanyahu had “created the crisis” to distract from corruption investigations.

Justice Minister Ayelet Shaked of the Jewish Home party called the crisis “fake”, implying that it could be used to bring about a new election but voicing fears that this could bring the left to power.

Experts say that a solution could well be found to the crisis, but believe that it could also go the other way. “Given the situation which is so fluid, one miscalculation could lead to an election,” the leading analyst and author on Israeli politics Itzhak Galnoor told The AJN.

“The last election started with a minor crisis and everybody, me included, thought they would find a way of overcoming differences and the snowball started rolling giving us an election.”