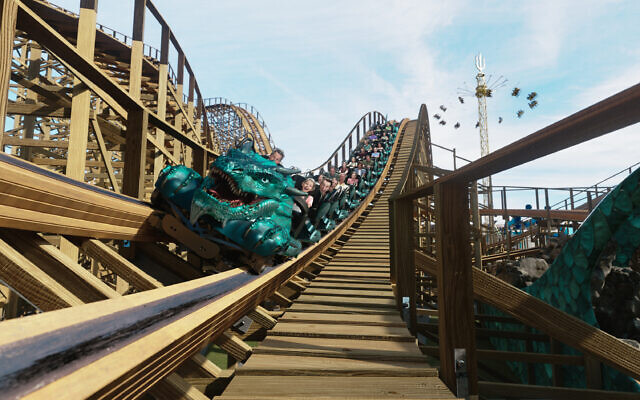 Sea World’s sprawling new ride, The Leviathan, is due to open soon.

Families love heading to the Gold Coast for their holidays and one of the first stops is the theme parks.

While the thrilling rides at Sea World, Dreamworld, Movie World and Wet ‘n Wild have always been popular, so too are the animal attraction of seeing tigers, polar bears, dolphins, koalas and kangaroos close up.

Sea World is the Gold Coast’s oldest theme park, hosting more than 50 million visitors since opening in 1971, and continues to build on its stable of attractions headlined by Polar Bear Shores with its Canadian bears, Shark Bay, Penguin Encounter recreating a slice of Antarctica, Seal Harbour and the daily shows at Dolphin Beach where dolphins perform amazing acrobatics.

This year Sea World is introducing three new multi-million-dollar rides in a precinct called The New Atlantis – Vortex, which recently opened, and The Leviathan and Trident which are due to open soon.

Vortex offers high-speed pendulum twists, turns and spins at up to 30kmh while riding 15 metres above sea level.

The Leviathan is the first timber rollercoaster built in Australia for three decades, billed as a family ride with banked turns, crossovers, drops and dips along its sprawling kilometre-long track.

The back two seats will face backwards to allow riders to experience The Leviathan in reverse. 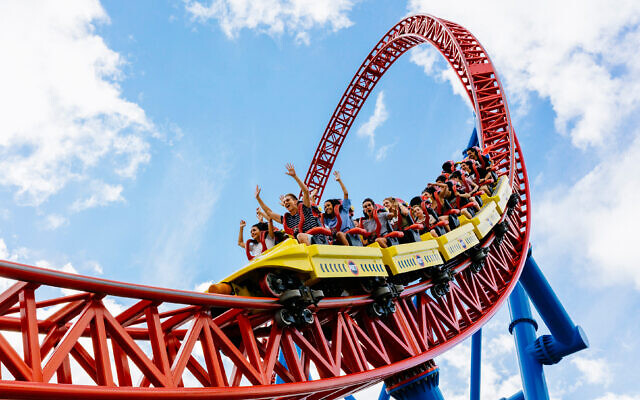 Thrills on the Superman Escape ride at Movie World.

Trident is Sea World’s newest landmark, towering 42 metres above the ground and allowing thrillseekers to soar and spin freely.

During October, Sea World is holding Spooky Nights after hours when the park is transformed with events, shows and rides for all the family.

Warner Bros Movie World is famous for its parade of movie-star lookalikes on Main Street and thrilling rollercoasters including the high-speed Superman Escape ride and the 1.4-kilometre long DC Rivals HyperCoaster.

One of the theme park’s new attractions is the WB Studio Showcase – Batman Legacy featuring a large collection of costumes, cars and props made famous in the Batman movies.

Fans of the cat and mouse duo Tom and Jerry can meet their cartoon heroes and watch their troublesome antics in the park’s newest attraction, called simply Tom and Jerry.

During October, there’s terrifying fun at Movie World’s fright nights as mayhem descends on five new haunting precincts after dark. Guests can also enjoy some of their favourite rides until 10pm.

Movie World is celebrating 80 years of popular cartoon character Tweety from September 17 to October 10 with special shows and entertainment.

Kaboom! offers a high-octane ride reaching speeds of up to 40kmh, with a 10-metre drop before zooming uphill at zero gravity and then twisting, turning and descending at a 360-degree rotation. 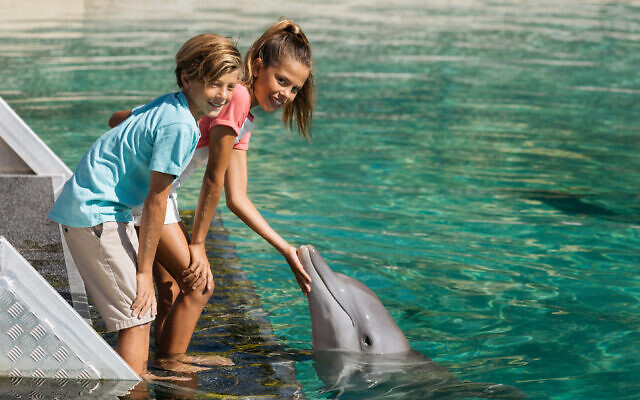 Making friends with a dolphin at Sea World.

Super Ripper is also not for the faint hearted, with rides down a 12-metre slide through infinity bends.

Double Barrel features two 12-metre slides that are suitable for the whole family, rated as a moderate slide.

There’s also the new H2Oasis splash zone with a seating area and shade for guests to take some time out from all the rides.

Some rides at Wet’n’Wild are currently closed for scheduled maintenance, but all are expected to be open by mid-November.

Dreamworld is famous for its thrill rides such as The Giant Drop and The Claw as well as family friendly rollercoasters and rides for children of all ages.

Animal attractions are led by Tiger Island with its daily show featuring several of Sumatran and Bengal tigers as they are put through their paces jumping, climbing and swimming by their handlers.

The Native Wildlife area of the park allows guests to get close to the friendly koalas, kangaroos and other Australian animals.

Dreamworld is holding Happy Halloween nights on October 15, 21 and 28 when the theme park is open from 5.30-9pm with rides, entertainment, fun food and other activities.

WhiteWater World, situated next door to Dreamworld, has reopened daily for the school holidays with a variety of rides. From October 11 WhiteWater World will close from Mondays to Thursdays until December 12, when it will open every day for summer fun.