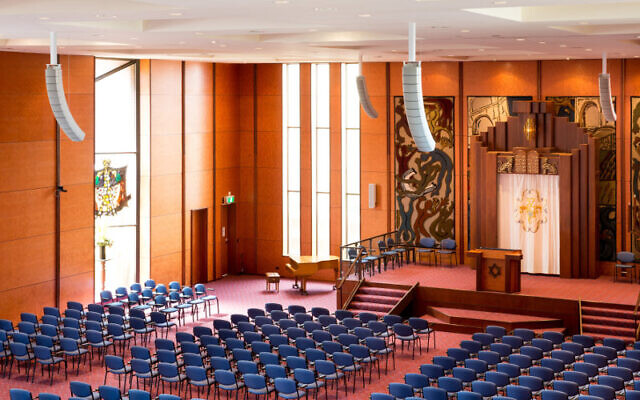 A BRAINSTORMING session for innovations preceding the Union for Progressive Judaism (UPJ) online AGM generated a range of ideas.

For post-pandemic recovery, UPJ executive member Dorothy Graff of Temple Beth Israel in Melbourne proposed a working group from UPJ-affiliated synagogues to create closer ties, adding value through networking and saving time and money by reducing repetitive work at individual shules. She described the proposal as “game-changing in its simplicity and its effect”.

Rabbi Rafi Kaiserblueth of Emanuel Synagogue in Sydney proposed that the UPJ should initiate an intense, online remote-learning syllabus for pre-b’nei mitzvah students, based on virtual classes during lockdowns and mirroring the curriculum offered to in-person students.

“There’s no reason we can’t offer this to students all throughout the region,” he said.

UPJ executive member Danny Hochberg of Emanuel Synagogue proposed a training program for 18-30-year-olds and a course of governance training for new members on the boards of the UPJ’s synagogues and organisations.

The proposals, he said, “are all about developing our future leaders”.

UPJ vice-president Helen Shardey, who is president of the Australian Reform Zionist Association, said she would like to see “a Progressive bus” as part of the Taglit-Birthright Israel-visiting program.

She proposed training graduates of the Progressive youth movement Netzer to lead the tours. Shardey also suggested accelerating twinning initiatives between UPJ congregations and Israeli counterparts, noting the current pairing of Melbourne’s Leo Baeck Centre with a synagogue in Haifa.

Citing the report by co-presidents David Knoll and Brian Samuel, Knoll emphasised the UPJ was building “a much bigger profile for Progressive Judaism in this region”. It is also conducting training in response strategies to antisemitism.

Lauding the bipartisan embrace of the IHRA working definition of antisemitism in Australia, Knoll urged New Zealand “to catch up”, adding that “fighting antisemitism and standing up for Israel are two sides of the same coin”.