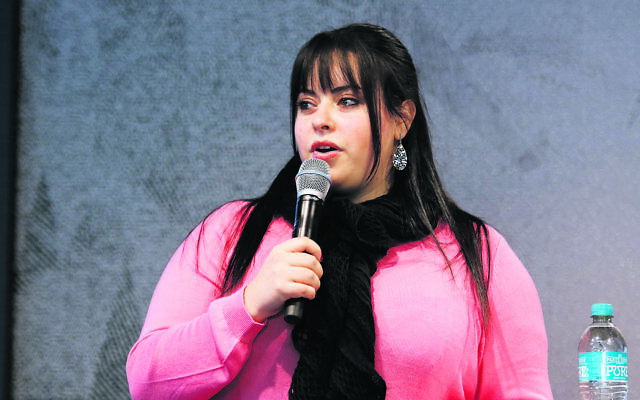 DASSI Erlich, who allegedly suffered child sexual abuse at Adass Israel school, will be a participant in a series of writers’ workshops being held by Pathways Melbourne, a confidential support organisation for those in the Orthodox and ultra-Orthodox communities questioning their way of life.

Now a campaigner to bring justice to victims of child sexual abuse, Erlich has waived her right to confidentiality to take part in the workshop series which starts next month.

Erlich, who has joined the organisation as its secretary, reflected, “I was so relieved when I learned of Pathways. The journey leaving my community while vulnerable and naïve was overwhelming and dangerous. Pathways’ Meet Ups have helped me to connect with others who have shared that part of my journey and implicitly understand the challenges that can arise when leaving everything you’ve ever known.”

She will be part of a new leadership team that includes president David Zerman and vice-president Naomi Swart.

Pathways Melbourne founder and CEO Leah Boulton said, “All new people seeking support from us – we call them Pathfinders – will now liaise first and foremost with Dassi. Dassi’s expertise should also prove invaluable with the group we will be focusing on in future – the under-35 cohort.

“We read stories from New York Jews, as well as those from Israel and the UK, and now we’ve created the opportunity in Melbourne to explore and share courageous and often traumatic personal journeys,” she noted.

The workshops, a first in Australia, are being led by museum curator, editor and teacher Dr Deborah Rechter, with a major grant from the Progressive Jewish Cultural Fund, and continued support from the Erdi Foundation, Spotlight Foundation, Besen Foundation and Gandel Philanthropy.

“It enables Pathways Melbourne to support arguably the most overlooked members of the Jewish community,” said Boulton.