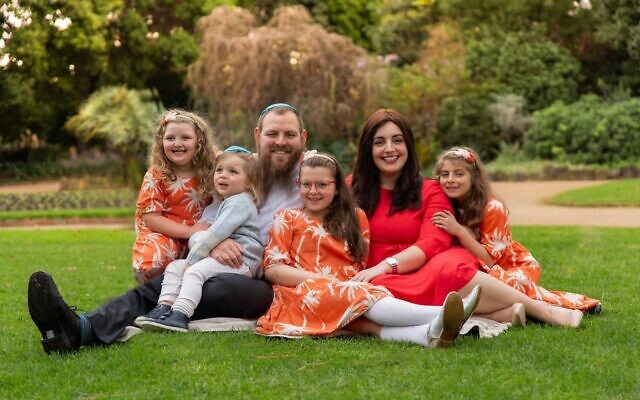 The Ajzenszmidts served as religious leaders of the Jewish community of Lantau Island, Discovery Bay in Hong Kong between 2011 to 2017, before moving to Melbourne.

Since 2017, the pair have served at Chabad Campus Melbourne as directors and as chaplains of Monash, Melbourne, Deakin, Latrobe, RMIT and Swinburne universities.

Reflecting on their decision to move on, the couple said, “It’s not a decision we have made lightly as we love working with our students,” adding, “Working within Chabad Youth has been truly incredible.”

Thanking “Rabbi Moshe and Dina Kahn and the incredible team at Chabad Youth” as well as friends and family for their support, they said, “We are truly privileged to be offered this position and are very much looking forward to beginning this new chapter in our lives.”

Rabbi and Rebbetzin Ajzenszmidt met with the South Caulfield kehillah last month via Zoom, where they introduced themselves to a broad spectrum of community members and answered questions.

“It’s a great opportunity for our family to accept this position to serve as the rabbi and rebbetzin of a shule well known for its warmth and commitment of its membership,” they commented.

“We have tremendous shoes to fill in our new position,” wrote the pair, who told The AJN, “We look forward to continuing the great work of Rabbi Daniel and Rebbetzin Sarah Rabin, bringing our own flavour and fresh ideas to engage community members of all ages.”

SCHC president Harold Goldberg said that the selection sub-committee, consisting of five members of the congregation, had worked tirelessly over the last couple of months under COVID restrictions, in the search for a suitable couple. The process involved Zoom and wherever possible face to face interviews with several strong candidate couples.

“The board of management has every confidence that the Ajzenszmidts will continue to grow our kehillah and build on the incredible foundation established by Rabbi Daniel and Rebbetzin Sarah Rabin,” said Goldberg, adding that he looks forward to working with the pair.

The team will be staying on at Chabad Campus Melbourne until the end of the semester where they will be working with leadership to find suitable replacements.

Following the departure of the Rabins, the Ajzenszmidts will commence at SCHC in early November.