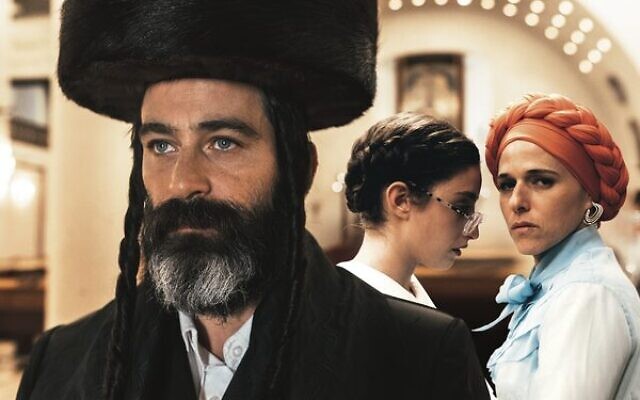 Set in a tight-knit Israeli Haredi community, Fire Dance centres on a love that’s too chatzkel to handle.

The eight-part series tells the story of 18-year-old Feigie, a troubled teenager growing up with her single mother in a Haredi sect, who falls in love with a charismatic – and married – rabbi. Produced by Yes Studios, Fire Dance was created by Burshtein-Shai, the New York-born Israeli filmmaker known for Fill The Void and other movies set in the ultra-Orthodox world.

Actor Noa Koler, who has appeared in other Burshtein-Shai productions, stars as Feigie’s mother, along with actors Yehuda Levi and Mia Ivrin.

Burshtein-Shai, who is a practicing Orthodox Jew, is known for her authentic, realistic films that grapple with life in the ultra-Orthodox world.

Yes Studios director Sharon Levi described Fire Dance as “an honest and bold glance into one of the most intriguing and closed off ultra-religious communities”.

“The series deals with an impossible love story from an authentic and honest point of view,” she added.

As Burshtein-Shai was not quoted as saying: Jew can’t touch this.

Check out the trailer.