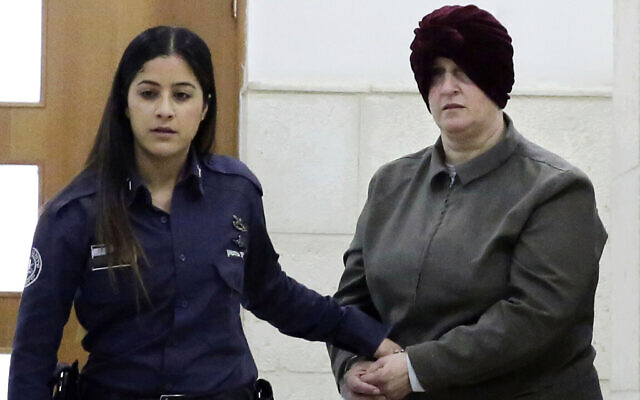 THE family of Malka Leifer is demanding that Israel’s prison service responds to allegations of medical malpractice made by a court-ordered psychiatric panel, which deemed that the alleged child sexual abuser was feigning mental illness.

In a letter to the Israel Prison Service (IPS), the Leifer family’s attorney, Avraham Ambar, cites testimony given by one of the panel members, Dr Amir Ben Efraim, who told the court during a cross examination hearing earlier this year that the IPS’s medical personnel had been wrong to prescribe Leifer anti-psychotic medications, which she has been taking for several years.

Leifer’s attorneys have used the prison service diagnosis to assert that their client is indeed mentally ill.

“The patients in the [prison system] should be very worried,” Ben Efraim said at the time.

Ambar also cited the report which stated that “the diagnoses of the IPS doctors are conducted in a negligent matter, without a thorough examination”.

The attorney demands a response from the IPS by Thursday, “in order to understand whether there indeed has been widespread negligence in the IPS as claimed by the panel chairman, or whether you stand behind the IPS doctors and behind the diagnoses and medical treatment that are still being given to Ms Leifer,” Ambar writes.

The attorney tells The Times of Israel that if the IPS response is not satisfactory, he will pursue the matter in civil court.

Last month, the Jerusalem District Court determined that Leifer is mentally fit for extradition to Australia to stand trial on charges of 74 counts of child sex abuse.

An extradition hearing has been scheduled for July 20.