A scene from the hit show Harry Potter and the Cursed Child. Photo: Matthew Murphy

If you are visiting New York next month and want to enjoy a Broadway show, take advantage of the 2-for-1 ticket offer to 21 hit productions as part of NYC Broadway Week.

NYC Company president and CEO Fred Dixon said: “Since its launch in 2011, NYC Broadway Week has offered visitors and locals alike the world’s best theatrical experiences at a remarkable value.

“After a three-year hiatus, we are proud to bring the fall edition of our signature NYC Broadway Week program back to audiences from September 6–25.

“With choices ranging from Tony Award winners and kid-friendly favourites to new productions and beloved classics, there is something for everyone.”

Among the shows taking part in NYC Broadway Week are Beetlejuice, The Book of Mormon, Come From Away, Funny Girl, Harry Potter and the Cursed Child, MJ: The Musical, Moulin Rouge, Six and Wicked.

In the year since Broadway reopened after COVID-19, more than nine million theatergoers have attended shows in the Big Apple.

For Qantas passengers travelling overseas with a domestic connection at Melbourne and Sydney airports, the minimum connection time between flights has been increased to 90 minutes.

The change, which came into effect on August 21, is designed to help ensure that passengers make their connections at a time when many domestic flights are suffering delays.

For passengers travelling overseas from Australia, domestic flight delays have resulted in them making it onto their international flights without their luggage.

Previously the minimum connection time between Australian domestic and international flights was 60 minutes. 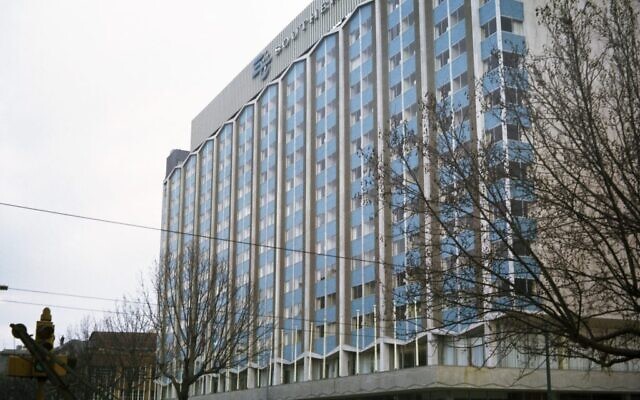 IHG Hotels and Resorts has just celebrated 60 years since it launched its first hotel in Australia when the InterContinental Southern Cross Hotel in Melbourne opened on August 14, 1962.

As the first international hotel in Melbourne, it attracted celebrity overseas guests such as Frank Sinatra, The Beatles and Princess Diana.

The hotel chain’s pioneering spirit continued over the decades with the Holiday Inn and Crowne Plaza brands arriving in Australia.

Bass Hotels & Resorts acquired the Holiday Inn and InterContinental brands in the 1980s and 1990s respectively, and increased the presence of these brands in Australia after it acquired Southern Pacific Hotels Corporation (SPHC) in 2000.

In the same year, Bass spun off its hotels business before rebranding to InterContinental Hotels Group (IHG) in 2003 and finally becoming IHG Hotels and Resorts in 2021.

Today IHG has 68 hotels in Australia and 95 across the broader Australasia/Pacific region.

Leanne Harwood, SVP Managing Director for IHG Hotels and Resorts – Japan, Australasia and Pacific, said: “I am so proud to be celebrating an incredible milestone for a company that I love dearly, and has such a special place in the hearts of the many people who have been part of the journey over the 60 amazing years.

“We couldn’t wish for a more iconic property to have marked the launch of our long and impressive history in Australia and, while the Southern Cross Hotel may no longer with us, its legacy lives on in the iconic properties we continue to open with our owners.

“With 100 open or pipeline hotels across Australasia, we’re growing faster than ever and opening amazing hotels under new brands like Kimpton, Hotel Indigo, voco and Vignette Collection, as well as continuing to grow our beloved Holiday Inn band family, Crowne Plaza and InterContinental brands.”