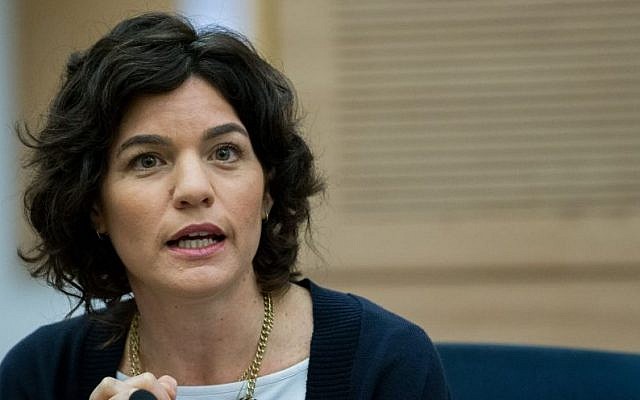 The award is named for NIF Australia’s vice-president and founding board member Steven Glass, who was a fierce supporter of social justice, human rights, liberal democracy and equality in Australia, Israel and around the world.

Glass passed away in February this year.

“Just as Steven was an enthusiastic supporter of these issues from Australia, Tamar has been making it happen on the ground in Israel.”

NIF Australia president Ilana Snyder said all who knew Glass were “inspired by his commitment to an open and tolerant society”.

“He saw the work of human rights organisations in Israel as intrinsic to the country’s foundational principles that guaranteed equality for all citizens. He believed that supporting and strengthening them was the most important pro-Israel activity that could be undertaken in the Diaspora,” she said.

Zandberg said she is honoured to receive the award.

“My role in the Knesset is to be a voice for Israelis who support democracy, justice and equality. I look forward to meeting members of the Australian community who share our vision for Israel,” she said.

The former academic was a leader of 2011’s social justice protests and a member of Tel Aviv’s city council before entering the Knesset for the Meretz party in 2013.

She will receive the award at an event at Bondi Pavilion in Sydney on Tuesday, November 26.

She will also speak at a community event in Melbourne on Thursday, November 28.

While in Australia she will run workshops for NIF’s New Gen (20s & 30s) community as well as speak to Jewish day schools.