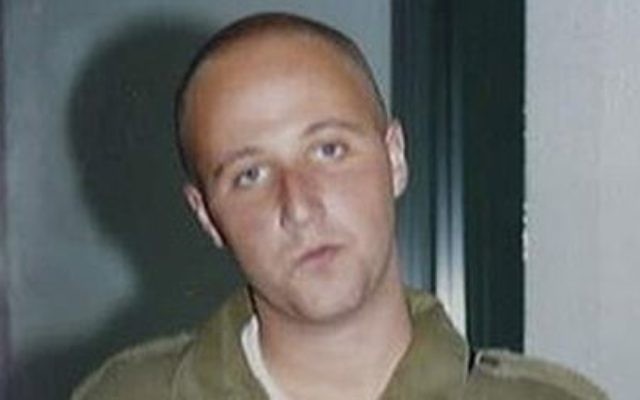 BEN Zygier did not act with malice when he revealed some of Israel’s state secrets to a foreign element – he was simply a man in a terrible emotional and psychological condition, according to veteran Israeli journalist Alon Ben-David, who has extensive knowledge of the case.

“It seems like a story of a personal tragedy, not of a serious crime,” Ben-David, who is still bound by a gag order on the case, told The AJN this week. “Just a story of a young, talented Australian-Israeli who was in distress and there was no one to recognise it in time to stop the damage.”

Ben-David, who is in Australia at the moment to speak at United Israel Appeal functions in Sydney and Melbourne, said it’s fair to assume that Zygier was charged with divulging state secrets to a foreign element.

“They were negotiating a plea bargain and it was not about a serious punishment, but a moderate one.

Zygier was being held at the Ayalon Prison in a maximum-security cell originally designed to hold Yitzhak Rabin’s murderer, Yigal Amir.

“I think it was clear that his mental condition was not the best and I think that was understood throughout the process because when you put someone in a cell like that, it shows you that people were concerned about him and what he might do to himself.”

He said secret agent identities are revealed every year, but it’s very uncommon for the media to be involved. “Usually foreign agencies work out a way to sort it out between them. Exposing someone like that to the press is very unusual and there is no point leaking something like that to the press. I don’t know why they did that.”

“He [the intelligence officer] identified three people to me who were returning from Israel to Australia – these were Australian citizens and Israeli citizens – and these people were returning to Australia at different intervals between 2000 and 2009 to change their names, get new sets of documents, passports, driver’s licences and then using those documents to travel to countries that Israeli citizens were not – are not normally allowed to go to,” Koutsoukis said.

“These are countries like Syria, Iran, Lebanon. And one of those people that I was told had been doing this was Ben Zygier.”

After several phone conversations with Zygier, an article was published on February 27, 2010, about Zygier but he was not named.

“ASIO is investigating at least three dual Australian-Israeli citizens who they suspect of using Australian cover to spy for Israel,” the article stated.

On Tuesday, Israeli Prime Minister Benjamin Netanyahu released his first statement regarding Zygier since the circumstances surrounding his death were revealed last week.

“Pursuant to the many reports, the Prime Minister’s Office would like to stress that the late Mr Zygier had no contact with the Australian security agencies,” Netanyahu said in a statement. “The Prime Minister’s Office would like to note that between the government of Israel and all its agencies, and the government of Australia and the Australian security agencies, there is excellent cooperation, full coordination and complete transparency in dealing with current issues.”

While Netanyahu’s statements seem to contradict most reports that have been published in the last week, which stated that he had met with ASIO officers, the statement is not at odds with Koutsoukis’s and Ben-David’s accounts.

It raises the question, however, of what role the Australian government did play. If Koutsoukis and Netanyahu are to be believed, then it seems an Australian intelligence officer may have suspected Zygier was working as an Israeli spy and may have used Koutsoukis to make contact with him.

For full coverage of the Zygier affair, see this week’s AJN.