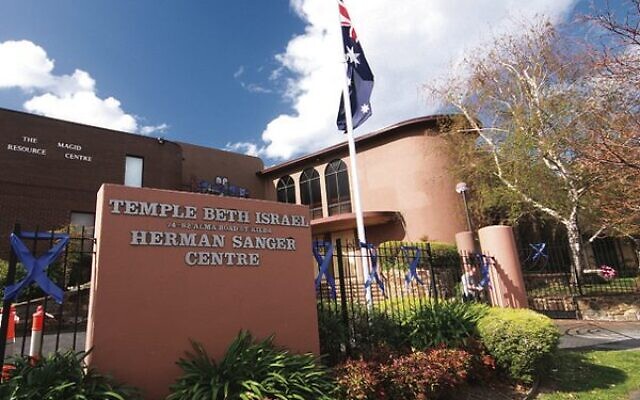 However, Laloum, who claims he was bullied at TBI, has launched legal action of his own in the Fair Work Commission.

In an explosive email last month from emeritus rabbis John Levi and Fred Morgan, their partners and seven past presidents, leading a members’ grouping, “TBI Chaverim”, the board was accused of “a culture of secrecy” and was told it “did not follow normal workplace processes” over Laloum.

The AJN has been told that the board did not promptly inform Laloum of the accusations; instead of mediation, it handed off complaints against him to lawyers, and publicly announced the investigation but gagged him from responding.

With the shule in the mainstream media spotlight, membership and donations dwindling, and demands from disgruntled members for fresh elections, TBI this week advanced its AGM from October to September 11, before the High Holy Days, without explanation.

The AJN has heard that under TBI’s constitution, an AGM allows members to vote for half the board, while a special general meeting – which TBI Chaverim is urging – would allow a vote for all positions.

At a board meeting last Thursday, Michael Lawrence, one of three TBI congregants co-opted this year to stabilise it, was voted off, accused of breaching board rules. Last Sunday, co-optee Sheryl Rosen resigned. In a letter to the board seen by The AJN, she stated, “TBI is not a political arena where people should fight each other for power. We are a religious organisation and should be there for each other … This is a board I cannot be part of.”

In January, TBI’s senior rabbi Gersh Lazarow – who last year resigned then returned to TBI – parted company with the synagogue again, after documents emerged claiming to show widespread plagiarism in his sermons. At the time, the board promised an investigation but has so far not reported any findings.

The AJN approached TBI president Joanne Loewy-Irons but had not heard back at the time of going to press.