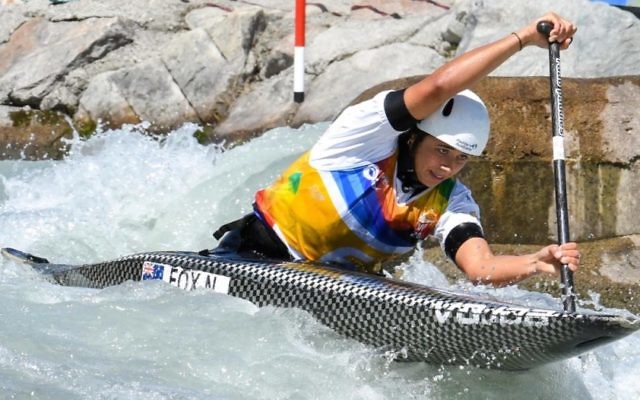 Noemie Fox in the women's C1 final of the 2018 ICF U23 Canoe Slalom World Championships in Ivrea. Photo: ICF/Alessandra Piacentino

A MEASURED comeback and a positive attitude following a disastrous start in the heats earned Noemie Fox a bronze medal in women’s C1 (single canoe) at the 2018 ICF U23 Canoe Slalom World Championships in Italy last weekend.

It was the 21-year-old Sydneysider’s best individual result at senior international level, earning high praise from her 24-year-old sister – two-time Olympic Games medallist Jessica – who watched from the shore and later posted on Facebook, “I’m so proud of my little sis.”

Noemie – who won a team C1 silver medal with Jessica at last year’s world championships and whose best result so far in the 2018 World Cup series is seventh – had a horror start on the challenging Ivrea championship course.

She was disqualified in the women’s K1 (single kayak) heats when her boat was deemed too light, and only qualified for the C1 semifinals in 17th place.

Noemie dug deep and cut out the errors and gate touches to come eighth in the semis, and saved her best performance of the tournament for the final on July 22.

Half of the field accrued a 50-second penalty for missing gates, but Noemie held her nerve through the rapids when it counted most, only receiving a two-second penalty for clipping one gate, finishing in third place in 99.18 seconds.

Germany’s Kimberley Woods was runner-up in 98.17, and Austria’s Nadine Weratschnig won gold in 94.37.

Noemie described her bronze medal win as a huge relief, considering how her opening day went.

“I’m super happy, it’s been a long and tough week,” she said.

“To finish with a solid run, where I felt really good – it’s a shame about the [gate] touch – but I’m really happy.

“It’s been a bit of an emotional rollercoaster. I think I had a good preparation – I would have loved to have a go in kayak [the K1 final], but I’m just glad I paddled to my potential and my ability today.

“Thank you to all the supporters, the cheer squad and everyone on the Australian junior and U23 team for making it a great tour.

“Overall I’m happy with my racing so far this season and I’m looking forward to bigger and better things.” 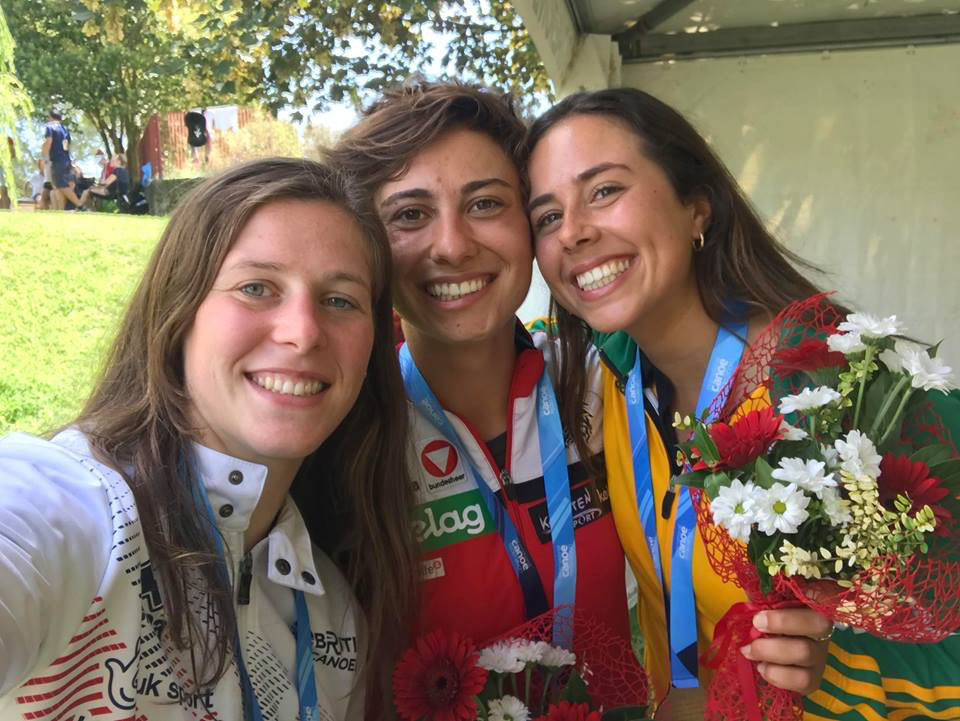