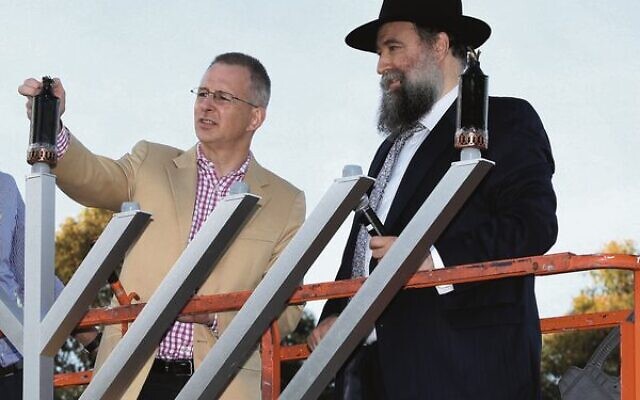 PAUL Fletcher, Bradfield’s MP since 2009 and a Coalition minister since 2015, has emphasised his record of representation in Bradfield as the federal election nears.

“Certainly in Bradfield – which has four synagogues, Masada College, and a very vibrant Jewish community – I think it’s very important that we [continue to] have a Member of Parliament who understands the distinct and important contribution of people of the Jewish faith to Australia,” Fletcher said.

“And also the importance of our relationship with Israel – which I have had the chance to visit three times – as the only significant democracy in the Middle East.

“I was appalled in January this year when the BDS movement targeted the Sydney Festival [which had one act sponsored by the Israeli Embassy], and as the Commonwealth’s arts minister, I wrote an article for The Australian, strongly criticising the people who were involved in that [artists’] boycott.

“We have to be constantly vigilant, because there are a lot of people within politics in Australia who are not friends of Israel.”

On communal security, Fletcher said, “I wish it weren’t true, but the reality is that for Jewish schools, synagogues and other community institutions, there is a need to maintain appropriate security arrangements.

“I’m very pleased that we [the Coalition government] were able to provide $250,000 to upgrade security at Apples and Honey Preschool at North Shore Temple Emanuel, and $250,000 to Masada College to provide three more security guards.

“That funding is in round six of the Safer Communities Fund, announced in January this year.”

On a broader level, Fletcher emphasised his credentials as “part of an experienced Liberal/National team, and being part of a team that can form government is really important”.

“It’s very important that we don’t have, coming out of this election, a hung parliament, that would create great uncertainty, as it did from 2010 to 2013.”

He added, “This election presents a very important choice for Australians between a stable, experienced Liberal/National team, or the alternative in which Mr Anthony Albanese, as prime minister, will have weak leadership.

“At a time when the international environment is more unstable, and also when it’s so important that we continue to recover strongly from the pandemic – and economically we are, with unemployment down to four per cent – now is not the time to change the government, with these important issues at stake.”