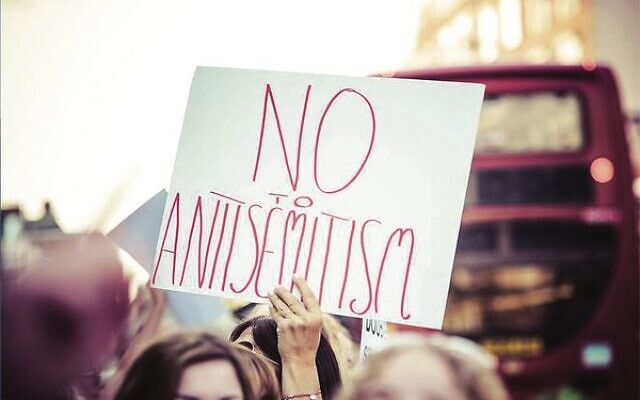 THE NSW Jewish Board of Deputies (JBOD) unanimously endorsed the IHRA Working Definition of Antisemitism at its plenum on Tuesday night and called on the NSW government, opposition and community organisations to follow suit.

The JBOD motion applauded the government and opposition, Waverley Council and others who have adopted the resolution. It endorsed the Executive Council of Australian Jewry’s advocacy in support of the resolution’s adoption by the public and private sectors, universities, civil society, school education systems and sporting organisations.

It also noted the overwhelming acceptance of the IHRA Working Definition by members of the NSW Jewish community.

He told The AJN, “This definition has been a long-standing topic of discussion in our community and the emphatic adoption of the motion is a clear sign that the Jewish community is broadly united behind the definition and would strongly welcome its application across NSW.”

CEO Darren Bark added, “We encourage the endorsement of the definition in the public and private sectors, the university sector, schools and broader civil society.”

Earlier this week the NSW Young Liberal Movement passed a motion endorsing and adopting the IHRA definition in full, “Including all IHRA examples of contemporary antisemitism as an important tool in recognising and combating manifestations of antisemitism”.

The motion also recognised “the important work of AUJS in fighting antisemitism on Australian university campuses”.

NSW Young Liberal President Deyi Wu said, “The IHRA definition will help illustrate the many forms of microaggressions that antisemitism can take, and will form an important educational tool for the public and for governments in shaping anti-discrimination policy.”

Meanwhile, Reverend Fred Nile of the Christian Democratic Party lodged a notice of motion this week moving that the NSW Legislative Council “endorses and adopts” the definition.

Addressing state parliament on Wednesday, Secord said, “I inform the House that last night the NSW Jewish Board of Deputies unanimously endorsed the International Holocaust Remembrance Alliance’s definition of antisemitism. I praise president Lesli Berger and CEO Darren Bark for their tireless efforts in this area.”

Outside NSW Parliament, Secord said this signalled that the IHRA definition was the official position of NSW Jewry.