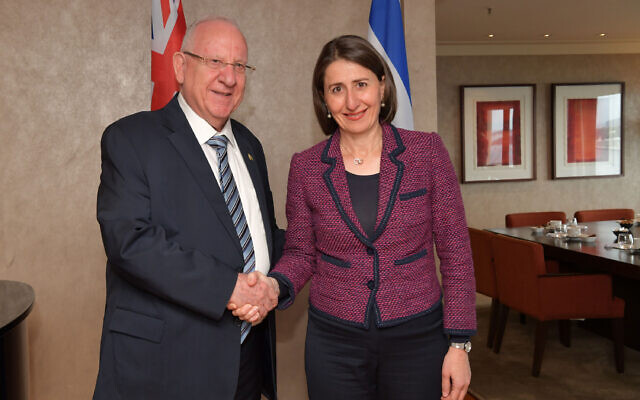 Speaking at an Australia–Israel Chamber of Commerce (AICC) business lunch, Rivlin lauded Israeli–Australian ties based on shared values and history and a “striking similarity between our spirits”. “In the last month, we in Israel prayed with you as you bravely fought the violent bushfires that caused such great damage to the Australian nation,” he said.

The President spoke of visiting Sydney’s Garden Island naval base to express the appreciation of Israelis and “all people around the world” to those who fought the flames.

He said the bushfire crisis “might lead to real breakthroughs” in cooperation on climate change, noting, “Both of our nations are familiar with the complex craft of turning harsh conditions into remarkable success.” 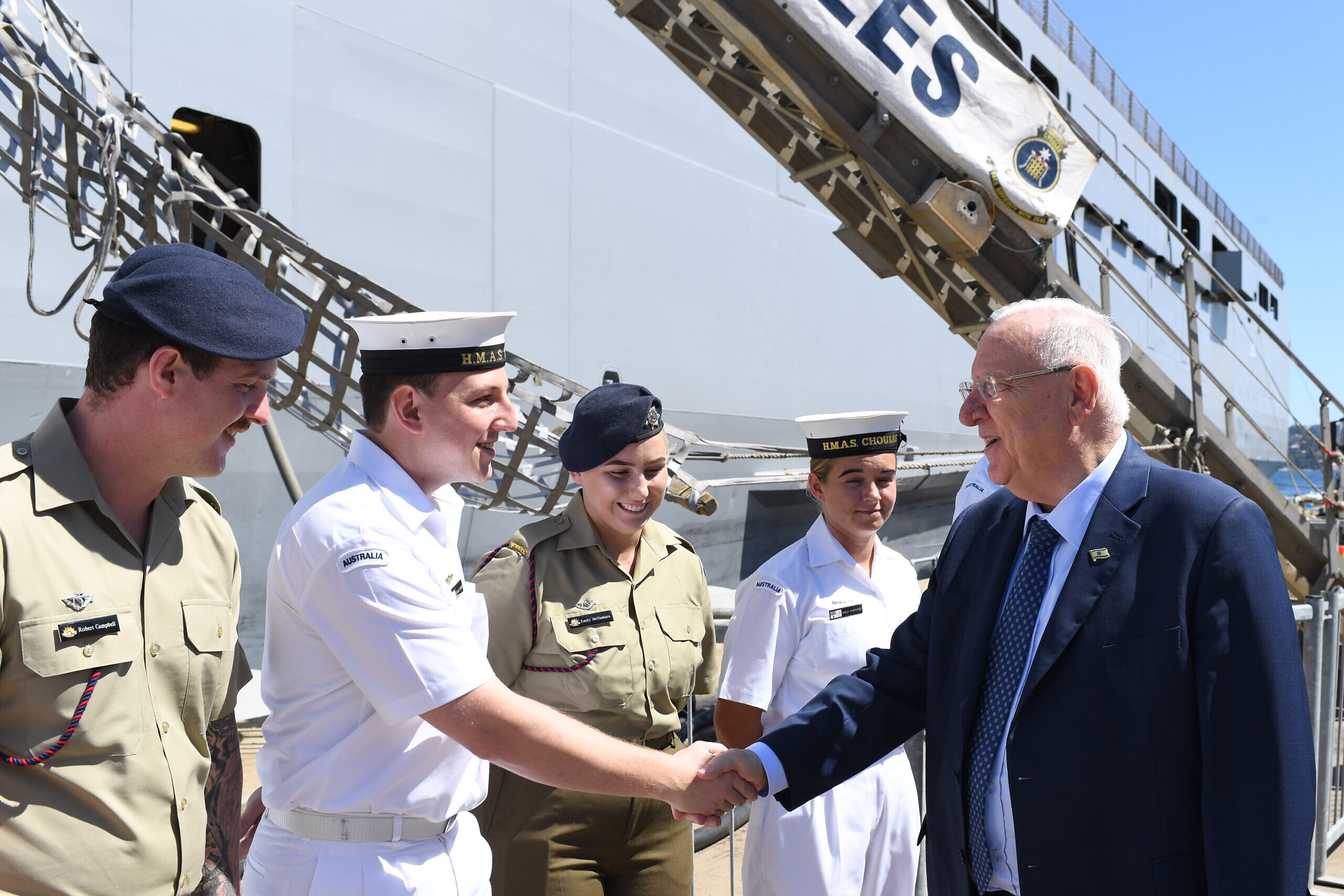 President Rivlin at Sydney’s Garden Island Naval Base, from where many rescue operations were launched during the recent bushfires. Photos: Kobi Gideon/GPO

Conveying Israel’s pride at its hi-tech achievements, Rivlin also praised Australia’s global contributions such as WiFi, ultrasound and other technologies.

“Together we could form a bilateral community of innovation and creativity,” he said.

“We have so much to share with each other. We have so many fields to cooperate in, such as health, cyber, energy, aerospace and homeland security industries and more.”

With trade currently at $700 to $750 million annually between the two countries, Baruch said $2 billion should be the “fundamental minimum”. President Rivlin ringing the bell to open the day’s trading at the ASX in Sydney on Tuesday, alongside ASX chairman Rick Holliday-Smith. Photo: Kobi Gideon/GPO

But citing the principle of tikkun olam, he said in order to create a better world for future generations, the relationship was about more than trade. “It’s the collaboration and combining forces to be better and more competitive with global challenges.”

Beazley, to whom Rivlin also issued an “open invitation” to visit Israel, described the “deep relationship” that began with Australia’s vote on the 1947 partition plan, saying business ties had become more significant with the opening of the Tel Aviv Landing Pad in 2016 and the visit of then NSW premier Mike Baird to Israel in 2017.

At the conclusion of the lunch, AICC NSW chairperson Jillian Segal presented the President with an Indigenous art book and a kippah and challah cover adorned with Indigenous art.

The visiting Israeli business leaders then showcased their technologies and networked with their Australian counterparts.

The AJN understands Berejiklian’s trip is being organised by the AICC and the NSW Jewish Board of Deputies.