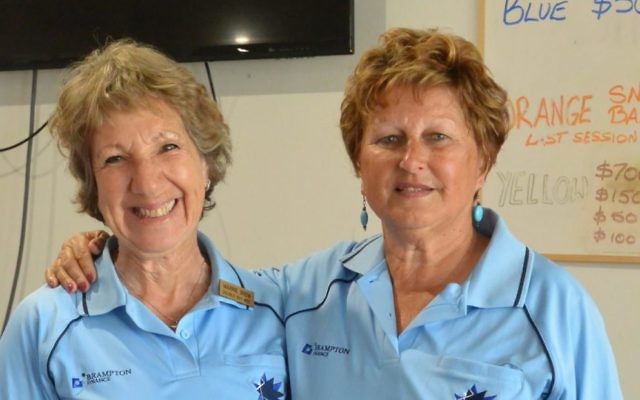 NSW duo Maxine Brem (left) and Sandy Desiatnik after winning the ladies' pairs section 2 final for the second year in a row.

NEARLY 70 men and women from five states competed in the 2018 Maccabi national lawn bowls carnival from August 19-24 at Mermaid Beach Bowling Club in the Gold Coast, with the 36-member NSW team winning the men’s and women’s shields with a total of four golds.

Desiatnik also teamed up with Dafna Orbach (skip) and Shoshana Werner to win the ladies’ triples over runners-up WA – with super sub Barbara Shotland filling in for Orbach in the opening match – while NSW’s Sam Abrahams, Paul Baker and Garry Benveniste were men’s triples champions, beating another NSW combo.

“You had to sort of partner with the wind, and communicate well with your teammates to get good results here,” Desiatnik said.

“There was a good atmosphere all week, and Maccabi Western Australia did a great job of co-ordinating the event this year in the Gold Coast.” 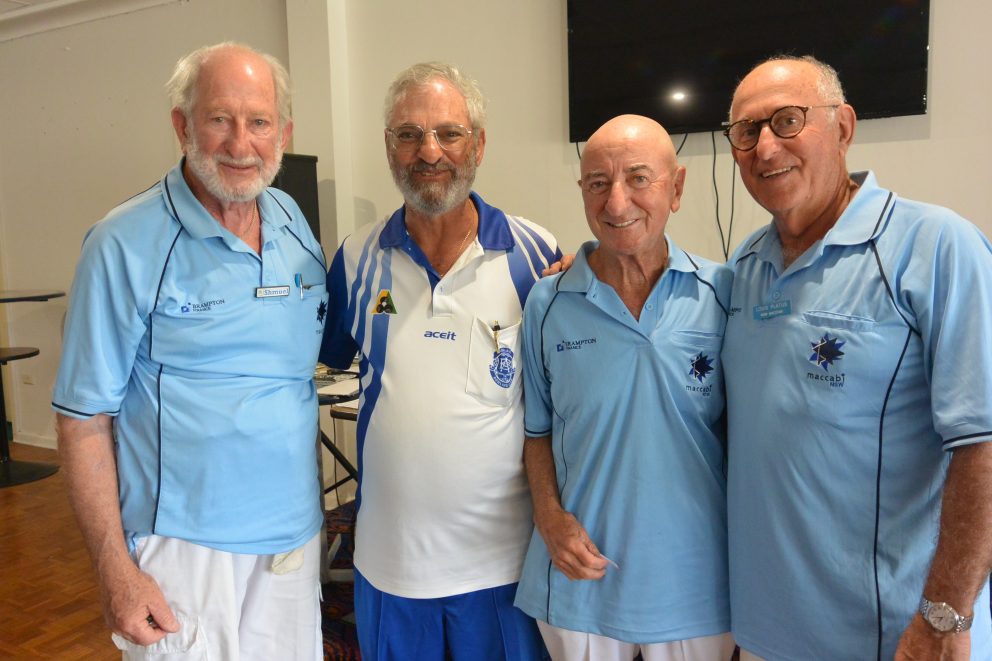