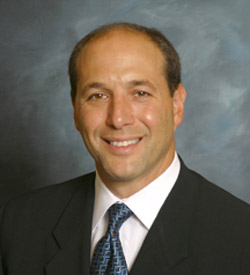 JEFF Bleich, US President Barack Obama’s nomination as the next US ambassador to Australia, is Jewish.

But is he a foreign policy maven, an old Obama pal -— or perhaps both?

That is the question circling around the Australian Jewish community after news broke that the high-ranking Californian lawyer is only a US Senate confirmation away from being Washington’s next envoy in Canberra.

Bleich, 48, is active in the American Jewish Committee and the B’nai B’rith Anti-Defamation League, and has been a friend of Obama’s for almost 20 years.

Since March, he has been on leave from his California law firm Munger Tolles & Olson, taking up the post of special White House counsel. He co-chaired Obama’s California election campaign last year.

Although Prime Minister Kevin Rudd is known to prefer career diplomats to represent Australia, there is a White House tradition of selecting friends and supporters as envoys to countries that have cordial relations with the US, such as Australia, leaving the hard-hitting pros for more testing posts in the world’s trouble spots.

Bleich still faces a US Senate confirmation hearing and Republicans are likely to ask some very direct questions about his role as a long-time Obama supporter, particularly in last year’s presidential campaign.

If confirmed, Bleich will be the second Jewish envoy from the US in recent times.

Mel Sembler, appointed by former President George HW Bush, served in Canberra from 1989 to 1993. Bleich is set to replace Robert McCallum, who ended his Australian posting in January.

Any probe into Bleich will find an accomplished foreign policy record. At the same time, anyone seeking to find an Obama acolyte need only spend a half-hour on Google to locate enough material to portray him as a flag-waver for the President on issues including the Israeli-Palestinian conflict.

In a debate hosted by the Jewish Community Relations Council of San Francisco on October 6 last year, during Obama’s series of debates with Republican presidential candidate John McCain, Bleich defended the Democrat candidate’s record on Israel against accusations from Larry Greenfield, California director of the Republican Jewish Coalition.

According to US blog J Weekly, when Greenfield described Obama as “an inexperienced leftist” and recalled his about-face on supporting US recognition of Jerusalem as Israel’s undivided capital, Bleich defended Obama as “advocating tough, strong diplomacy, which is now what the Bush administration is doing”.

Bleich is also listed by US political campaign monitoring site Newsmeat as having donated more than $16,000 to the Obama campaign in 2007 and 2008. He gave smaller donations to other Democratic candidates, including Hillary Clinton.