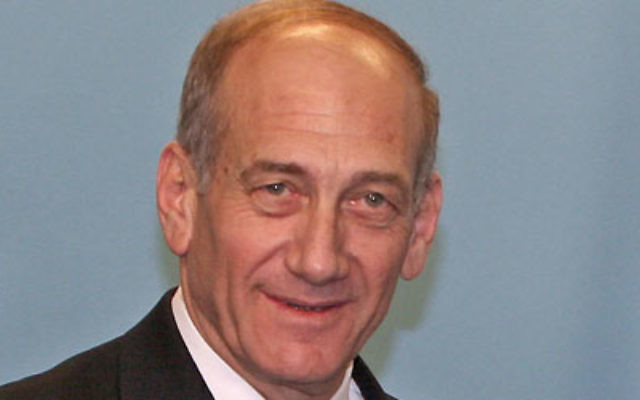 FORMER Israeli prime minister Ehud Olmert was jubilant on Tuesday, as a Jerusalem court cleared him of the main corruption charges that forced him out of office four years ago.

He was acquitted of illegally accepting money from Jewish-American businessman Morris Talansky, who claimed to have given him envelopes with many thousands of dollars in cash. The court also acquitted him of double billing Jewish organisations for trips abroad.

His former aide Shula Zaken was found guilty of fraud and breach of trust in connection to this charge, but judges said they could not prove beyond “reasonable doubt” that Olmert was aware of the accounting procedure.

As Olmert acknowledged after hearing the verdict, the claims against him had gripped the nation when they became public back in 2008.

“Four years ago, all of Israel’s media outlets were filled with reports of envelopes of cash,” he told reporters.

But the court found Olmert guilty of a third charge, breach of trust. It reached the conclusion that there had been “a conflict between his personal commitment to this man and his public responsibilities” during his stint as Minister of Industry, Trade and Labour from 2003 to 2005, when he steered clients of a close associate towards contracts and job appointments.

Some legal experts were taken aback by Olmert’s delight.

“It is unseemly the way in which Olmert and his defenders are celebrating, jumping on the prosecution, and generally claiming a victory,” Michael Partem, vice-chairman of the Movement for Quality Government in Israel, told The AJN.

“I understand that Olmert desires to put the best possible spin on it, but he was convicted of one serious charge.”

As well as facing a sentence for breach of trust, which could involve prison time, Olmert faces a separate trial for allegedly accepting bribes to fast-track the Holyland residential complex in Jerusalem when he was mayor of the city in the 1990s.

He is standing trial with a dozen other individuals and three companies. Tuesday’s verdict is “not a clean bill of health by any means”, said Partem.

But as far as Olmert’s supporters are concerned, the worst accusations and those that led to the abrupt end of his tenure as prime minister have been dismissed, and the State Prosecutor’s Office, which initiated them, has embarrassed itself.

“The state prosecutor not only has to quit, he has to commit suicide,” his friend Amnon Dankner told Israeli television channels.

And Olmert himself has already hinted at a political comeback. “This is not the last you will hear from me in the next few days,” he said.

REPORT by Nathan Jeffay in Jerusalem