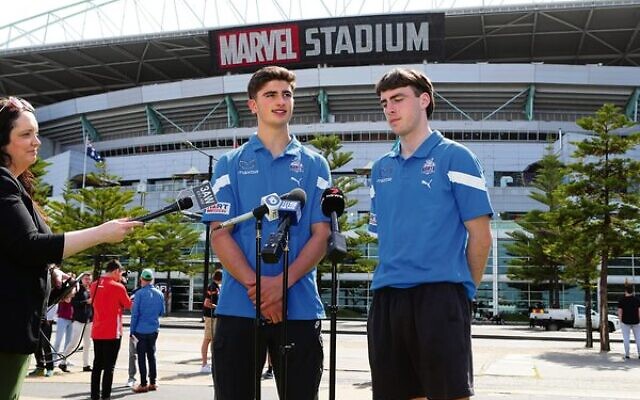 SEN Radio has clarified the events surrounding a caller to sport show hosts and AFL legends Garry Lyon and Tim Watson, following accusations of them “failing to call out and condemn antisemitic comments” made on air by a caller on their morning program on December 2.

When regular caller and North Melbourne fan ‘John from Epping’ phoned them, and was asked about the recent AFL draft – in which Harry Sheezel became the first top 10 Jewish draft pick when signed by the Kangaroos – he replied, “We’ve got this Jewish player … you know, the Jewish, they are loaded with money.”

The caller continued, “So maybe, if we can’t get to Tasmania, if we needed some money, his parents might pay for it.”

A link to a podcast of that episode of SEN Breakfast was still on SEN’s website on Tuesday morning, but was then deleted.

Anti-Defamation Commission (ADC) chair Dvir Abramovich told The AJN, “It’s actually hard to believe that these disparaging, deeply hurtful remarks made it to the airwaves.

“Why didn’t the hosts use the seven-second delay to stop this ugly rhetoric from being heard,” Abramovich said. “Why did [they] not immediately denounce John’s antisemitic outburst and kick him off the air?

“The ADC stands ready to meet with management, and with Garry and Tim, to work with them in whatever way possible to ensure that antisemitism never finds a home at SEN.”

In a statement provided to The AJN by SEN on Tuesday, the station’s management claimed Lyon and Watson “have always stood for an inclusive show for everyone”.

“Garry heard one reference only, and immediately corrected course with the caller, and moved to shut the comment down.

“Garry and Tim spoke to the caller within half an hour of the program ending, and addressed the issue with him, and told him that sentiment is not acceptable.”