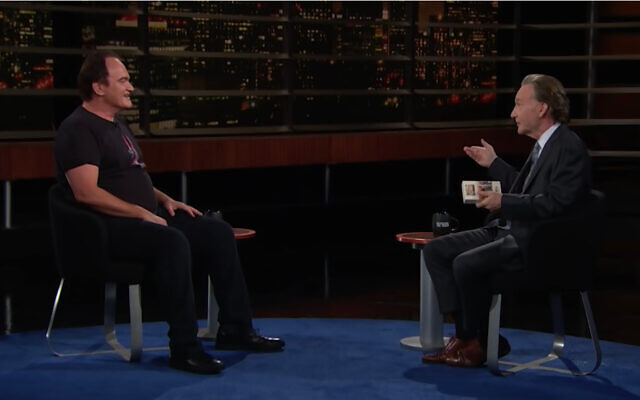 DIRECTOR Quentin Tarantino plans to make just one more movie before putting down his clapper for good.

But could said movie be filmed in the Holy Land? It could happen, the legendary filmmaker told US talk show host Bill Maher late last month.

“If you actually shoot a movie in Jerusalem, there’s no place you can put the camera that you’re not capturing something fantastic,” he said.

Tarantino, who has been living in Israel for the last year with his Israeli wife Daniella Pick and son Leo, spoke about life in Tel Aviv, which he said is “very similar to Los Angeles”.

“The weather is almost exactly the same … they have magnificent restaurants, and cool bars, cool clubs, all the, a lot of the stuff that Los Angeles [has], they have. There’s a very similar vibe.”

The Pulp Fiction director also spoke about living in Israel during the recent Hamas conflict.

“It was like, okay, there’s a city-wide siren going on. And that’s letting you know the Hamas missiles are on their way and I take my 15-month-old son and my wife and we go down into a bomb shelter and close the door,” he said.

“Then you hear this boom boom boom, and that’s the missiles being blown out of the sky.”