The Yom Kippur War remains one of the darkest periods of Israeli history. As Jews around Israel were fasting and praying, Syrian and Egyptian forces launched a surprise attack on the Golan Heights in the north and the Sinai Peninsula in the south.

There have been a few fictional depictions of the war over the years, but never has there been something so realistic, so well-researched and all-encompassing as Valley of Tears.

The most expensive TV show in Israel’s history, Valley of Tears tells the harrowing stories of the 1973 Yom Kippur War.

Many Israelis are so scarred by the war, literally and metaphorically, they still find it too painful to talk about. But the 10-part miniseries has had a cathartic effect since its Israeli debut.

The characters are fictional however they are inspired by real people and real incidents, with the series focusing on a few different stories – a famous father searching for his estranged son, the vastly outnumbered tank platoon his son finds himself attached to, and an intelligence analyst and outpost commander who end up relying on each other to survive.

Creators Ron Leshem and Amit Cohen started writing the series 10 years ago. They meticulously studied Israeli army lingo and obtained thousands of soldier testimonies. They even found rehabilitated tanks that were used during the war. These were outfitted with new engines so they could be used for filming. 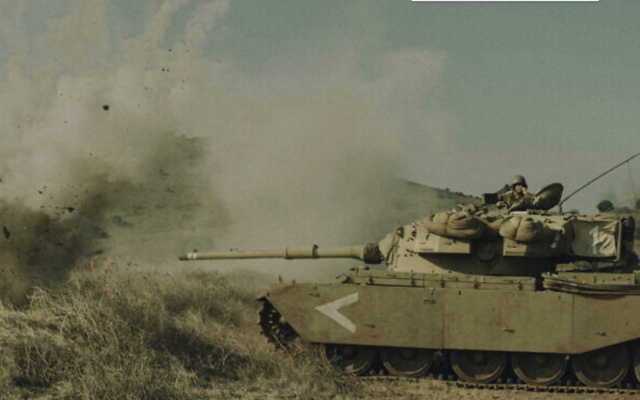 Together with director Yaron Zilberman they felt a big responsibility to bring the Yom Kippur war to life in a way that not only resonated with audiences, but that also took into consideration the deep trauma that is still residing within many Israelis.

Cohen called it a kind of “national therapy”, opening the wound and allowing families to deal with many repressed experiences and emotions.
The series has also exposed a younger generation to the horrific war, portraying the thousands of sacrifices made on the battlefields.

Without big budgets like their Hollywood counterparts, Leshem and Cohen had to get creative and work very hard to ensure things were authentic. Filming took place in the actual Golan Heights to remain as accurate as possible. Because of this though, filming was forced to stop for a few weeks as fighting in Syria came too close to the set.

Zilberman told The Times of Israel that some weeks, he averaged only 10 hours of sleep – total – as they tried to stay on budget by filming as much as possible in a day, learning to microsleep in random 15-minute intervals.

But, for the whole production team, it was worth it.

For many Israelis, the show allowed them to acknowledge what happened, and for the younger generation, they finally understand what their parents went through.

“You know you are doing something that you have to give everything you got in order to get it right,” Zilberman said.

The process was also tough, emotionally, with the whole cast and crew either losing someone in the war or knowing someone who did. Leshem and Cohen both served in an intelligence unit in the IDF. Cohen’s father was also an intelligence officer, and was stationed near the Egyptian border in 1973 when his base was bombed. Valley of Tears character Avinoam is partly inspired by Cohen’s father, who remembers also pleading with commanding officers to prepare for a surprise attack. 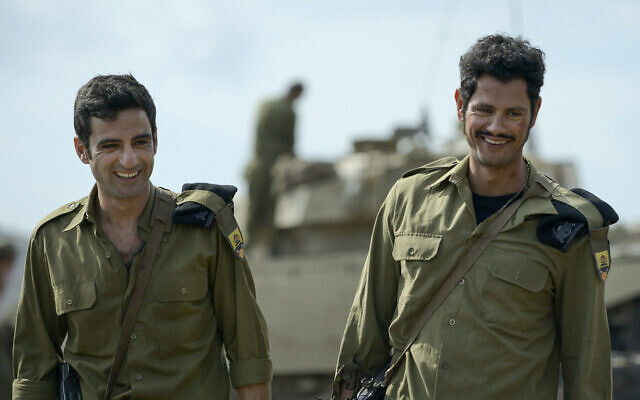 Imri Biton as Alush and Ofer Hayoun as Marco in Valley of Tears. Photo: HBO Max via JTA

In Israel, the series, which was titled Sha’at Neilah – closing hour – referencing the final prayer of the Yom Kippur fast, broke viewing records with more than 7.5 million views. While it did receive criticism from some veterans for historical inaccuracies, largely speaking, the positive public reception far exceeded anyone’s expectations.

The crew also took extra steps to ensure viewers were looked after, should the series affect them negatively. On Zilberman’s suggestion, the production team worked closely with Israeli organisation Natal, which treats victims of trauma from wars and terror attacks.

For many Israelis, the show allowed them to acknowledge what happened, and for the younger generation, they finally understand what their parents went through. It has also resulted in increased interest in the war – people want to learn about it, and hopefully learn from it.

According to The New York Times, families took trips to the battle sites and teenagers began to research the war online. “Grandparents told their stories for the first time.”

With its meticulous attention to detail and stories that draw viewers in, the show has succeeded in helping families begin to reckon with their repressed experiences of the war, healing wounds, both internal and external.

Valley of Tears is now streaming on Foxtel and Binge.