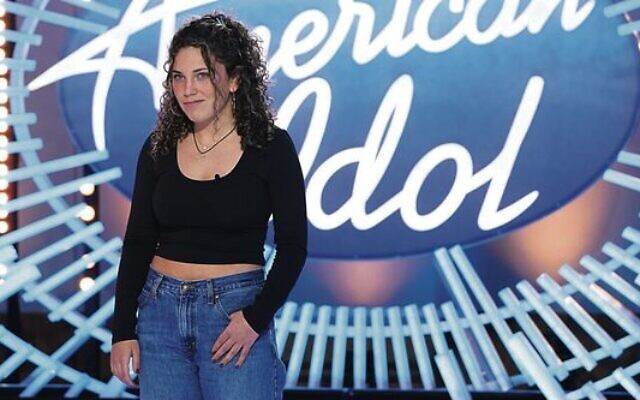 COULD the next Jennifer Hudson or Kelly Clarkson be a senior at a Modern Orthodox high school in Los Angeles?

It sure could, when Danielle Finn appears on the new season of American Idol, the TV singing competition that has launched the careers of pop stars including Clarkson. The 12th grader at Los Angeles’ Shalhevet High School wound up in the Idol audition pipeline after her rendition of the Gnarls Barkley song “Crazy” went viral on TikTok and her mother’s best friend sent the video to an acquaintance who works at the show.

Finn, who wore a chai necklace to her audition, isn’t allowed to say how she fares in the competition. But she talked to JTA about her pride in representing observant Jews on the show, and how much it meant to her that her school let her sing in front of a crowd that included men – something not all Orthodox schools would allow because of Jewish law.

When asked about whether her rendition of “Santa Baby” might be joined by a Hava Nagila or Adon Olam, Finn said, “If there is a Hebrew song that I feel connected to and I feel like I can sing well … I’ll put it out there, no question!”

Should we send her some requests?