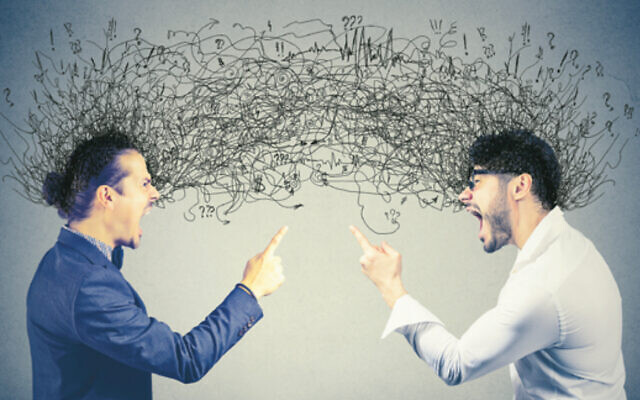 LAST week’s AJN covered the debate between the New Israel Fund (NIF) and the Australian Jewish Democratic Society (AJDS) on the one hand and, well, everyone else on the other, as to whether the working definition of antisemitism devised by the International Holocaust Remembrance Alliance (IHRA) should be adopted by the Australian government and beyond.

The topic aroused passion as it has done across the Jewish world, because a working definition of Jew-hatred is essential. Whilst antisemites, especially on the left, attempt to absolve themselves of their crime by claiming to be merely “opposed to Israel”, there is a pressing need for an agreed standard with which to say that disagreements with Israel are legitimate, if they are similar to those that would be levelled against other countries. But demonising Israel, or obviously applying double standards, are not.

The Corbynite left and our own Jewish fringe who object to the IHRA definition out of concern that it would stifle criticism of Israel, appear keen to defend the only types of anti-Israel campaigning that the definition forbids – the sort that singles out the Jewish State as more worthy of attack than any other nation, or uses Holocaust imagery to equate Israel with the Nazis. Singling out Jews in this way, and labelling them as evil, is what is usually called antisemitism.

It is therefore not surprising that the vast majority of our community applauds the federal government, and so many other governments and institutions around the world that have adopted the definition. This is not a “debate” between two sides, but rather the reflexive squeal of the tiny minority. Nothing to see here. Move on.

But we as a community don’t move on. Instead, The AJN devotes two full pages to this dispute. And it does not end there. Aside from the IHRA story on pages 2 and 3, most of last week’s front page was on the theme of “Hate on our streets”; another page covered the terrorist nature of Hamas and the alleged anti-Israel bias of the ABC; a fifth page was given over to a conference on, you guessed it, antisemitism, and most of the letters page (excluding the weekly instalment of the bizarre dialogue of the deaf about climate change) was on the same theme.

Antisemitism is real. It comes from the left and the right. It must be taken seriously. It has been the subject of this column (perhaps too) many times. But it does not and must not define us or our future. And we cannot let it eclipse that which does.

Our future as a community and as a people will be determined by one metric only; by the strength of Jewish engagement found amongst the forthcoming generations – by their commitment to building Jewish life and creating Jewish lives.

Whilst there may in the past have been some truth in the adage that a fight against an enemy generates loyalty, and a fear of antisemitism would make a contribution to enhancing Jewish identity, this idea is of no more than marginal relevance today.

Young people are not excited or attracted by endless reports of hatred and racism directed against us, when they have so many other options that offer an easy path away from such victimhood. Indeed, presenting Jewish life as nothing more than an unattractive series of struggles on many fronts will only accelerate the rush for the exit door of assimilation.

The task of creating a positive, engaging attraction to Jewish life is not devolved to our educators alone. It falls to our communal leaders, our media outlets, our parents. In fact, everyone.

So let us report on, debate and even argue about how best to achieve this aim, rather than esoteric rancours over how to define antisemitism.

Let us consider how to invest significantly in our youth groups to produce the best quality leaders and programs, and in our schools, the crucibles of Jewish identity, to ensure that we can achieve both excellence and affordability. Let us celebrate the wonderful work performed by these and other sectors.

The roof bodies – Jewish Community Council of Victoria, NSW Jewish Board of Deputies and Executive Council of Australian Jewry – can lead the way by having a permanent agenda item reporting on how they are encouraging Jewish connection. The Australian Jewish Funders could highlight programs to develop Jewish literacy, the key to engagement with Jewish learning and culture.

As citizens of the blessed and tolerant country of Australia, antisemitism is of concern, but it is not an existential threat. Assimilation is. If we need a target against which to fight, then let us fight assimilation with at least as much energy as we fight antisemitism. Let us build together a Jewish identity that is positive not negative, that makes Jewish life beautiful not frightening, that makes engagement with the Jewish community meaningful not unnerving. Let us remember why we are proud to be Jewish, and share that pride with those who will build on the foundations that we bequeath.