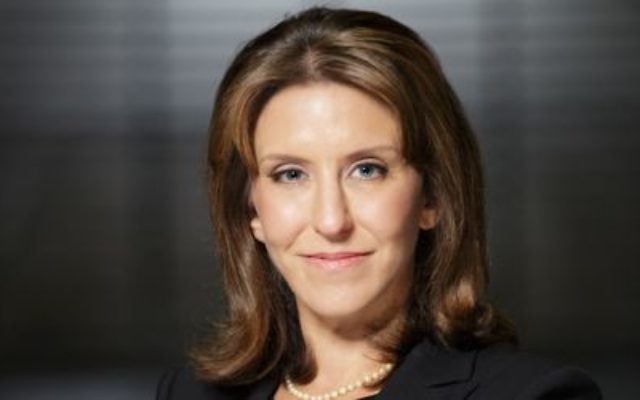 US-born Cannold, who identifies as a secular Jew, is a regular commentator in the nation’s media and a past presenter at Limmud-Oz and the Sydney Jewish Writers Festival.

“Julian Assange is a dissident and I think Jewish people have a particular insight into the importance of dissents,” she told The AJN.

“We are people who have often suffered because of the silences of populations, because of the unwillingness of people to dissent. So I often find that people of Jewish heritage are particularly sensitive, not just to having an opinion, but to actually standing up and being counted.

“So I feel like standing up and being counted, and this, standing for the Senate, is one way I can.”

Cannold said she was initially approached by WikiLeaks Australia campaign director Greg Barns to consult on the party’s communication strategy with women and “it kind of went from there”.

“For me, there’s a complete overlap because the things that I’m concerned about as a feminist are also things that are of concern to the WikiLeaks Party,” she said.

She said the party was concerned about” democratic decline”.

“We are lacking transparency and therefore we’re lacking accountability, therefore there’s corruption in the system,” she said.

She cited the need for whistleblower protection, shield laws for journalists and protection for publishers, “because of course democracy doesn’t function without a free press”.

A primary goal, she said, was to return the Senate to a “proper House of Review”.

“We very much feel as if the Senate has not been undertaking its task in the way that it needs to be, which is to be scrutinising government,” she said.

“It’s supposed to have a non-partisan function. We would like to carry out that function … because it’s part of the way we can make our democracy work properly.”

The party also has policies in relation to climate change and the humanitarian treatment of asylum seekers.

Cannold addressed a pro-asylum seeker rally in Melbourne’s CBD last weekend during which she spoke about the SS St Louis’ “voyage of the damned”, where Jewish asylum seekers were turned away from Cuba and the US on the eve of the Holocaust.

“It had to return to Europe and all those Jews were left to their fate,” she said. “Plenty of Australians who feel like they’ve learnt a lesson of the Holocaust do not want a repeat.”