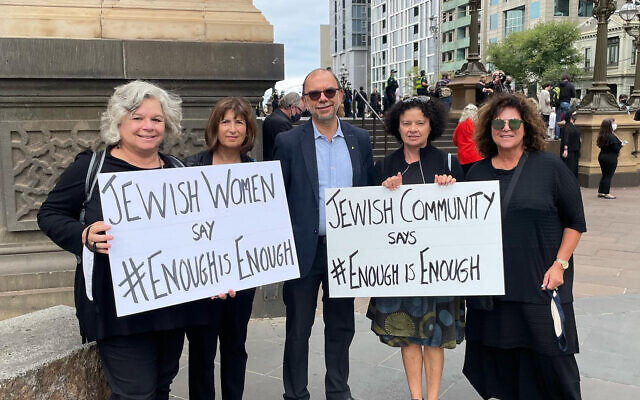 NATIONAL Council of Jewish Women of Australia (NCJWA) national president Melinda Jones said this week the organisation “is abhorred” by recent revelations of violence against women and has written to Prime Minister Scott Morrison to demand change.

Hundreds of Jewish women across Australia participated in Monday’s Women’s March 4 Justice after Brittany Higgins going public with rape allegations, historic accusations against Attorney-General Christian Porter and claims of indecent behaviour in the ALP all brought the issue of women’s rights firmly back into the spotlight.

“NCJWA is abhorred by violence directed at women and by the recent disclosure that Parliament is an unsafe environment for women,” Jones said.

“Neither religion nor culture protect women from violence, and it is the responsibility of the federal government as well as their state counterparts to ensure that Australia is a safe place for all women.” 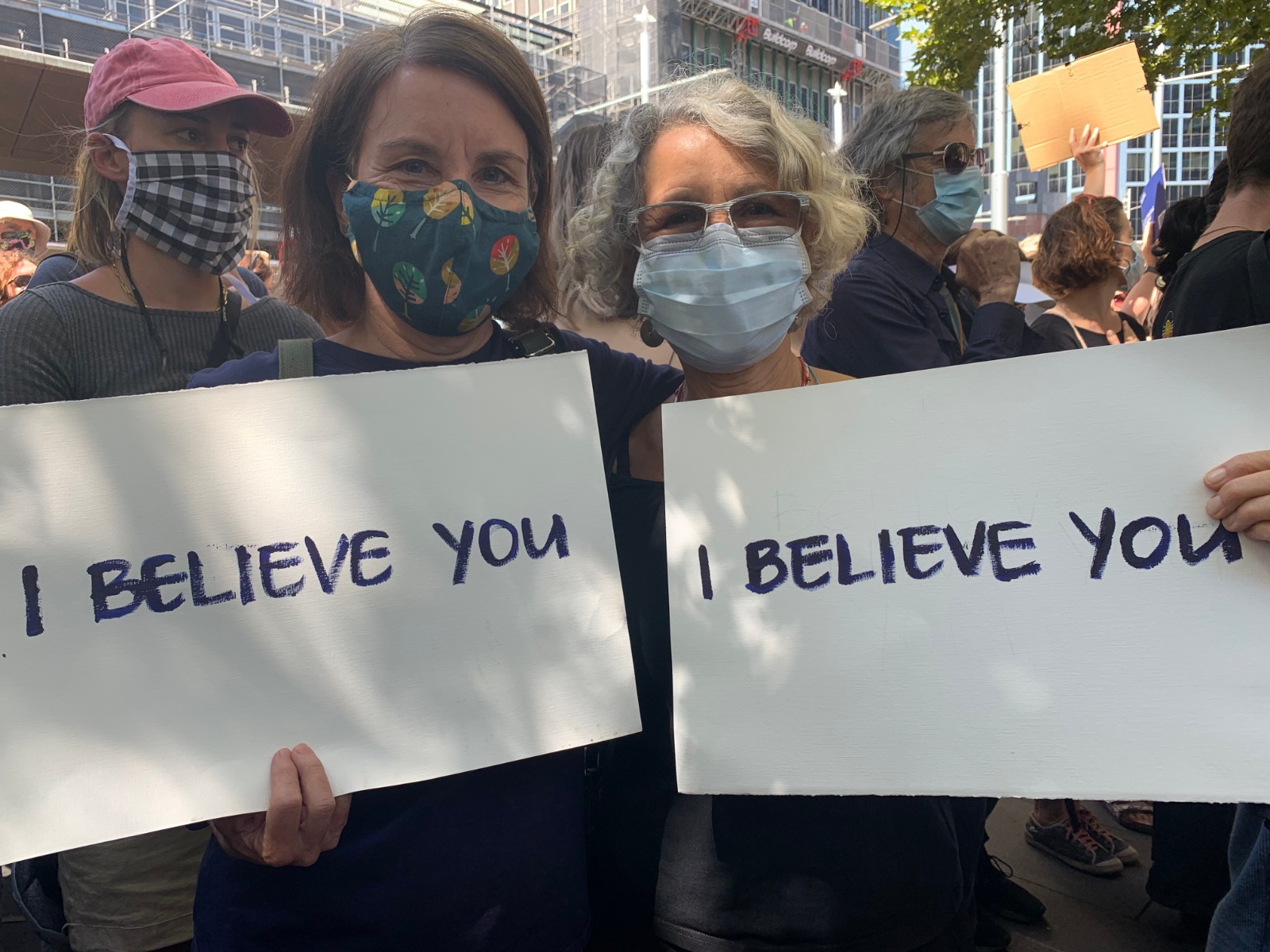 In her letter to the PM, Jones said there had been “too many examples of the Australian Parliament falling short of expectations in the community, with high-profile incidents of sexual harassment, gender-based bullying and a toxic culture working against the election, participation and advancement of women”.

“We urge you to take a stand at this historical moment to guarantee a gender-equal future free from violence against women.”

Members of NCJWA Victoria were joined by Caulfield Shule’s Rabbi Ralph Genende and the Ark Centre’s Rabbi Gabi Kaltmann at the Melbourne march on Monday.

NCJWA Victoria immediate past president Miriam Bass said it was important to show both the Jewish and the broader community “that violence against women is not acceptable”.

“The Jewish community can help make progress by ensuring that parents and our educational institutions teach our children to develop respectful relationships and understand the issue of consent, [and] that our communal organisations implement gender equality policies and promote a culture of respect for women,” she added.

Rabbi Genende said attending the march was an opportunity “to express my dismay at, and opposition to, the unacceptable treatment and diminution of women in our society and culture”.

He told The AJN the Jewish community still has much to do to confront misogyny, increase the number of women on boards – especially at Orthodox shules – and encourage visible representation and involvement in decision-making of women in the community. 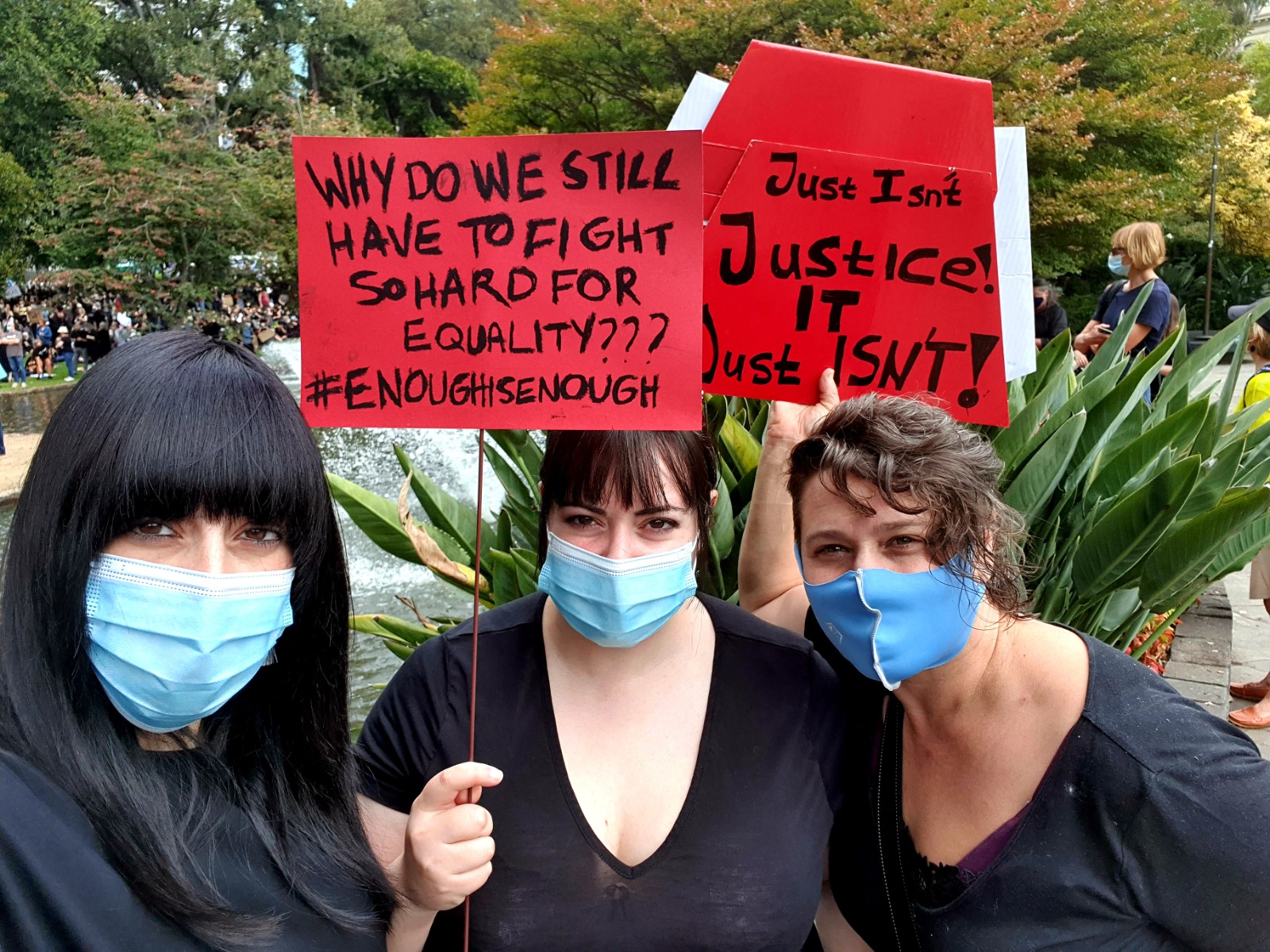 Also among the marchers were Dassi Erlich, who attended with her sister Nicole Meyer, and fellow activist Dassi Herszberg.

“It was too important not to go. We don’t want to see our daughters have to fight for the same basic human rights their grandparents’ generation did,” she said.

“We see a lot of awareness about gender inequality and gender-based violence, and yet Australian leaders, who are in a position to show us that as a society we have changed, have failed again and again. Words are not enough. We need action.”

Members of NCJWA NSW joined the march in Sydney. Co-president Maxine Bachmayer said, “I think it’s really important that we all stand up and have an equal voice and make sure that we’re represented … we need to be heard and not discounted and minimised.”

Bachmayer, who also works with survivors of sexual assault and rape, said she is doubly invested in the issue, because, “I see the consequences of it. If everyone starts to listen to their own language and their own accountability, then things can change. But when everybody is blaming everybody else I just can’t see how change can happen,” she added.

“This is a real opportunity for transformative change and we cannot afford to waste it. We need to keep up the pressure so that everyone – particularly those in positions of power – acknowledge what is happening and take meaningful action.” 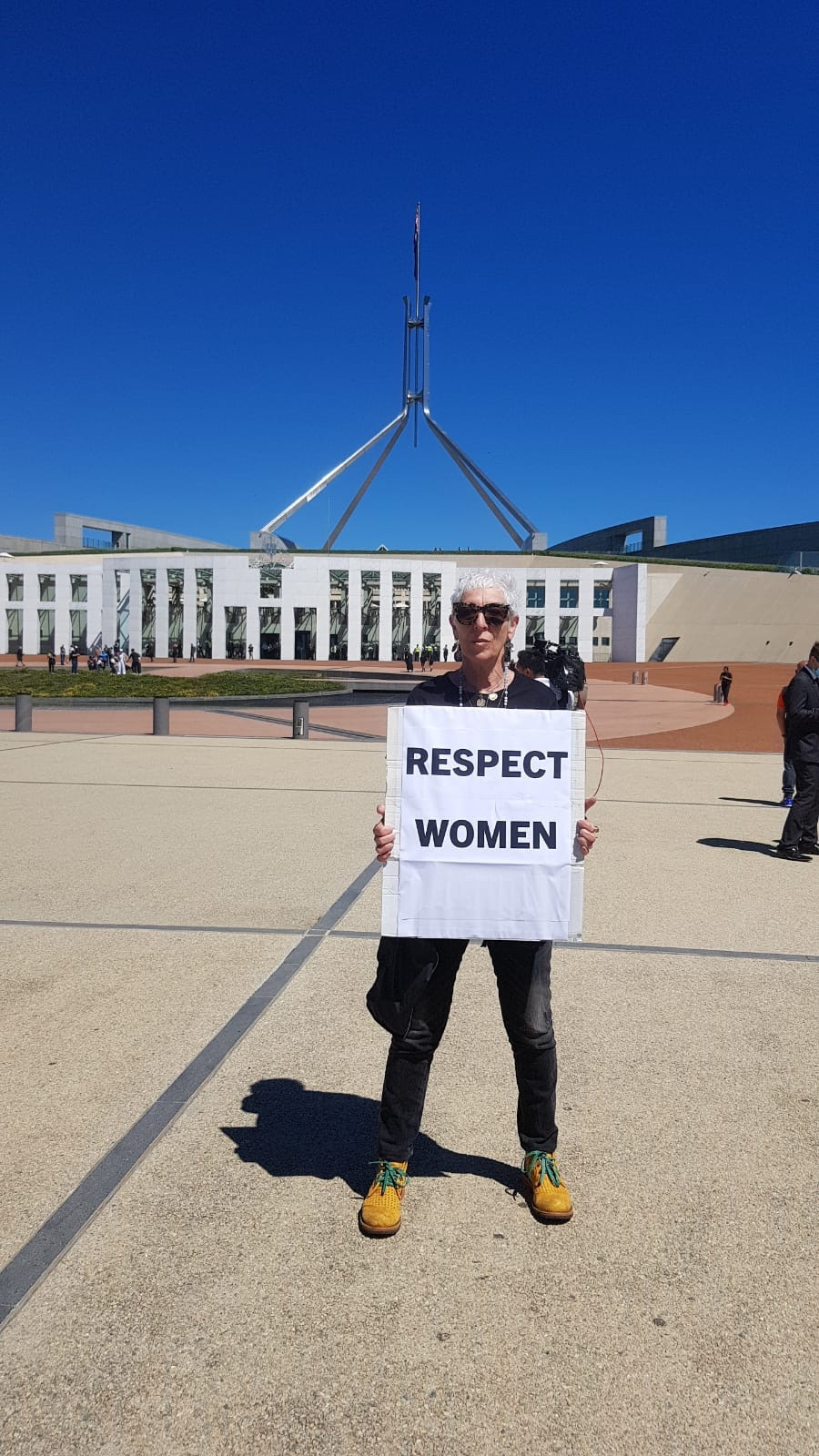 Meanwhile, social entrepreneur and OzHarvest founder Ronni Kahn was among the marchers in Canberra. “Today I stood alongside tens of thousands of women demanding justice and parity for women across the country,” she told The AJN.

“135,000 women have signed a petition that is now in front of our Prime Minister and members of Parliament to put an end to the issues of sexism, misogyny, patriarchy, corruption, dangerous workplace cultures, and lack of equality in politics and the community at large.

“Our voices cannot be ignored. For far too long women have struggled for their voices to be heard, for a system that is just and equal. The government needs to listen and act. The time is now.”