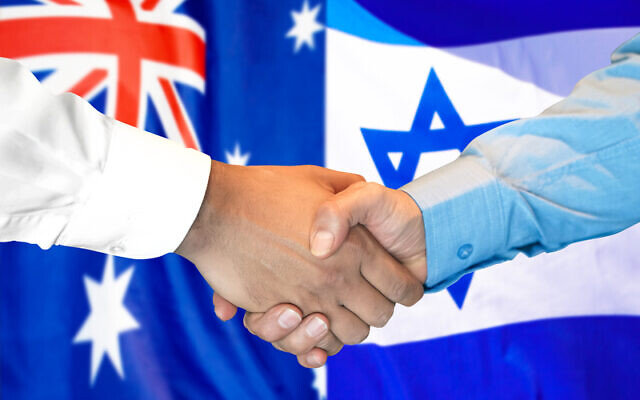 AUSTRALIA’S Trade Minister Dan Tehan says “there are enormous opportunities” for Israel and Australia if the two countries were to sign a free trade agreement.

Speaking on Sky News on Wednesday, the newly appointed trade minister noted Australia has “strong economic relationships” with Israel, but said more could be done.

“I think we can build on those, and especially in new areas around innovation, cyber security, defence. I think there are enormous opportunities for our two countries if we were able to sign a free trade agreement,” he said.

“So, we’ve announced that we’re undertaking a scoping study. I’ve asked that that be concluded by June 30 so, if we’re able to finish negotiations with the UK and the European Union this year, we’re ready to go with beginning free trade negotiations with Israel — if we can reach agreement to do that.”

Stating Israelis “would love to get better access” to Australia’s agricultural products and services, Tehan said, “Whether it be in areas like education, professional services, legal services, all those areas, in cyber security, we’re doing some outstanding work in this country to improve our cyber defences.

“In Israel, they’re a world-leader. So, I think the investment relationship there and the technological know-how that we could exchange and benefit from would really benefit both nations.”

He added, “There’s a lot of opportunities there, and I really think it’s another way that we can expand the reach of our trade footprint, through a free trade agreement with Israel.”

Bureaucrats are working on a scoping study for such a deal, which Tehan wants finished mid-year.

“We welcome the desire of the Australian government to strengthen the trade, economic and technological cooperation relations between Israel and Australia,” he told The AJN.

“The relationship between Australia and Israel is founded in shared history and shared values. Both economies are healthy and vibrant, and it is only natural that the two countries further strengthen their relationship in this way. The relationship is strong and getting stronger.”