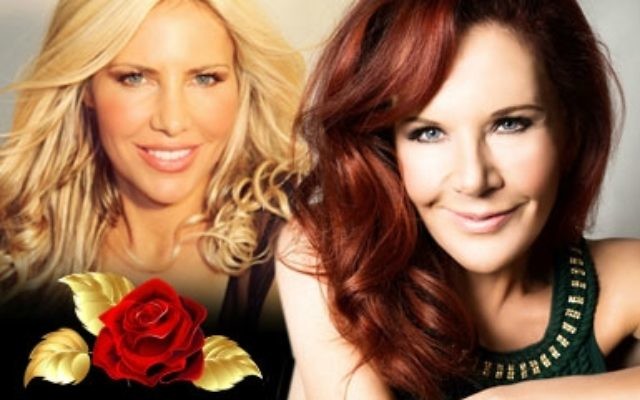 Captivated by the magical flying prowess of Peter Pan, Bonnie Lythgoe’s early passion for pantos set the stage for her life’s work.

“I was only three when I saw my first panto, Peter Pan, and I’ve never forgotten it to this day,” comments Jewish director Lythgoe.

“Peter Pan left an impression on me for life. I honestly believed Peter Pan flew and I thought it was the most wonderful thing,” says Lythgoe.

“I have always had a very imaginative mind and I was always writing stories, so that [first pantomime] lived with me forever.”

Lythgoe, who started her career as a dancer in London, and then worked as a television presenter and choreographer, gradually entered the world of directing.

Generally credited with bringing pantos from England to Australia in their current format as a professional and grand musical production, Lythgoe has previously delivered charming panto productions of Peter Pan, Aladdin, Snow White and Cinderella, and now the timeless tale of Sleeping Beauty: A Knight Avenger’s Tale.

The classic story of Princess Aurora woken from her peaceful slumber by a prince’s sweet kiss has graced stages and screens time and time again, but Lythgoe’s panto – on stage at Melbourne’s Comedy Theatre from June 29 to July 8 and then at the State Theatre in Sydney from July 13-22 – promises to deliver the story with a modern and edgy punch.

“It’s Sleeping Beauty with an edge to it. It’s going to be very different and something that we’ve never done before,” says Lythgoe.

In a modern musical twist, songs from Justin Timberlake and Kylie Minogue, dazzling costumes and stunning backdrops are set to create a captivating visual spectacle for children and adults alike.

“I capture the innocence of children, give them the drama, but at the end they are all laughing and happy – in a way, don’t you think that is what theatre is all about, to bring in joy and happiness?” comments Lythgoe, who is also known for her role as a judge on So You Think You Can Dance Australia (also on the American series prior), and a contestant on I’m a Celebrity … Get Me Out Of Here! in 2016.

Delivering the performance will be an enchanting cast led by Rhonda Burchmore as the wicked fairy, Real Housewives of Sydney star Melissa Tkautz playing the Good Fairy, English actor Frazer Hines – best-known for his role in Doctor Who – as Sleeping Beauty’s father, and Kev Orkian as Silly Billy. In the role of Sleeping Beauty is Embla Bishop and Daniel Milne as Prince Valiant, as well as Katrina Retallick as Nanny Tickle.

Despite the modern elements woven into this timeless production, Lythgoe is a stickler for tradition, abiding by the many conventions of a panto.

She explains, for instance, that the evil queen must always come from stage left, and the good fairy from stage right.

With an emphasis on audience participation, pantos allow the inner child to roam free, for both children and adults alike.

“This is a family show. There are moments of drama and moments of comedy … Some of the jokes the children will never understand but the grown-ups certainly will,” comments Lythgoe.

“Children can scream and shout, boo and hiss, which is really unknown in the theatre, because most of the time when parents take children they are asked to keep quiet and sit still, but in panto they don’t have to do that. We take away that fourth wall,” says Lythgoe. “Without the audience, we do not have a show.”

Ultimately, families are taken on a fun and thrilling ride that includes a good dose of slapstick humour too.

Lythgoe’s love for all things panto even runs in the family. Her son, Kristopher, directs pantos in the United States, and her other son, Simon, is involved in television production.

“I love that [pantos] have carried on in the family, that is so nice for me,” says Lythgoe, whose father was Jewish and mother converted to Judaism when they married.

“I’m so grateful that mum changed her religion and life was kind of different because she did that.”

Each year Lythgoe attends various pantos in England, staying up to date with modern panto trends, and then striving to deliver the latest to Australian audiences.

Hoping to bring the British favourite of Jack and the Beanstalk Down Under, the production has an additional element of appeal that may go above and beyond this year’s panto of Sleeping Beauty.

“In England they are now doing pantos in 3D,” explains Lythgoe. “So when they are climbing the castle, there are rocks coming out … I’d love to bring Jack and the Beanstalk here and then pantos in 3D.”
Enquiries: www.ozpanto.com.