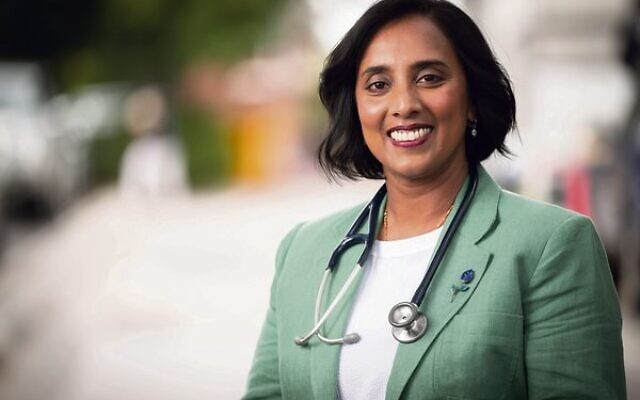 Labor candidate for Higgins Dr Michelle Ananda-Rajah said she is an “ardent supporter of the State of Israel and the Jewish people in Australia”.

On Israel, the first-time challenger said, “The Labor position is in support of a two-state solution and an enduring peace between Israel and Palestine that is mutually agreed upon and negotiated.”

Ananda-Rajah, who entered politics to advocate for frontline medical workers during the pandemic, is also a supporter of the IHRA definition of antisemitism.

“If elected, I’ll certainly be discussing this publicly to raise awareness in the general community, so people can take the opportunity to educate themselves,” she said.

As a migrant and a member of of the Tamil diaspora, she said she sees “parallels” with many Jewish people and “I am acutely aware of what it is like to be an outsider”.

She believes this will help her to support Higgins’ Jewish voters.

“I understand, and I appreciate the importance of culture and faith, particularly to the Jewish people, because it’s important to me as well,” she said.

An issue important to Ananda-Rajah is climate change. “Australia is on the frontline,” she said, noting the continent warmed by 1.4 degrees in 2021.