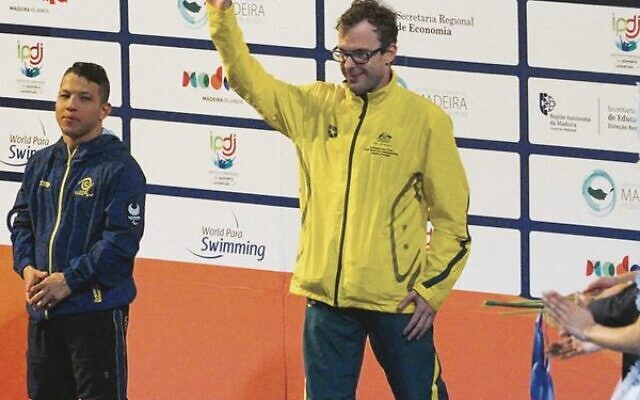 JEWISH Paralympian swimmer Matt Levy, 35, showed he’s still got what it takes to excel at the highest level, by winning a gold medal, and a bronze, while representing Australia at his seventh Para Swimming World Championships, in Madeira, Portugal, last week.

The most senior member of the squad got off to the best possible start on June 16 in a new event, the world championships’ inaugural 4×100 mixed medley relay.

After teammate Tim Hodge established an early lead, and Keira Stephens and Emily Beecroft maintained that advantage, Levy used his experience to swim a solid final leg, sealing victory for Australia in the eight-team race.

The Aussies posted a time of 4:29.86, edging runners-up Spain by just 2.1 seconds, while the Netherlands came third another 3.8 seconds behind. 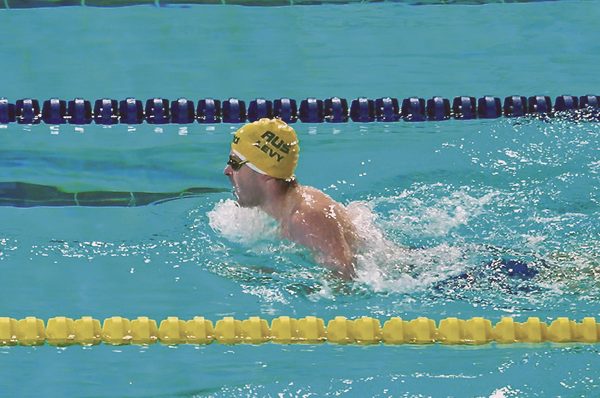 Matt Levy in action at the 2022 Para Swimming World Championships in Portugal.

Commenting on what it was like touching the wall in first place, Levy told The AJN, “It was a fabulous experience.

“I just had to stick to my race plan, and execute what I’d trained for.”

Levy won a bronze medal the next day in the men’s 100 SB6 breaststroke final in a time of 1:24.36. He earned that place on the podium by beating fourth-placed Ukrainian Yevhenii Bohodaiko by 0.3 of a second.

Levy – who will represent Australia at next month’s 2022 Commonwealth Games – completed the world championships by coming fourth in the men’s 50 S7 freestyle final, and seventh in the 4×100 mixed freestyle relay.

He fell short of bronze in the former by only 0.11 of a second.

In the week before the worlds, Levy posted his thoughts on social media about the “humbling and exciting journey over the last 20 years” that he’s had in para swimming, taking him all over the world, and to five Paralympic Games, and one Maccabiah Games, in 2017, where he broke a para swimming world record.

“The biggest thing I have learnt is that you can achieve anything if you just believe”. 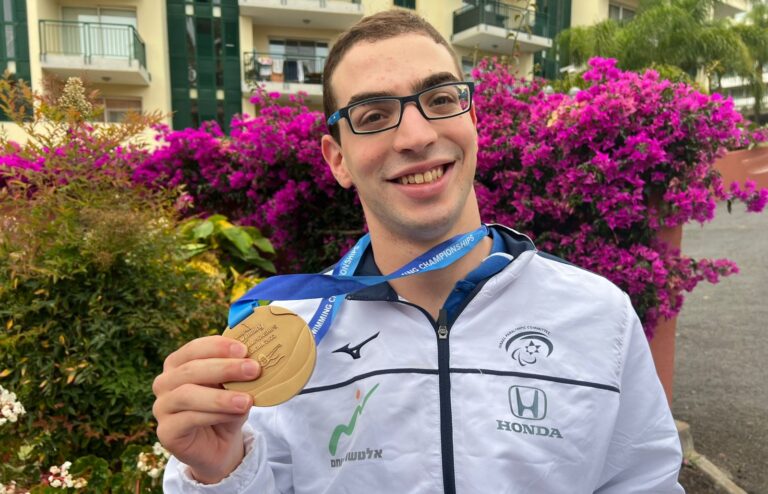 Israel’s Ami Dadaon with one of his 3 golds at the 2022 World Para Swimming Championships.