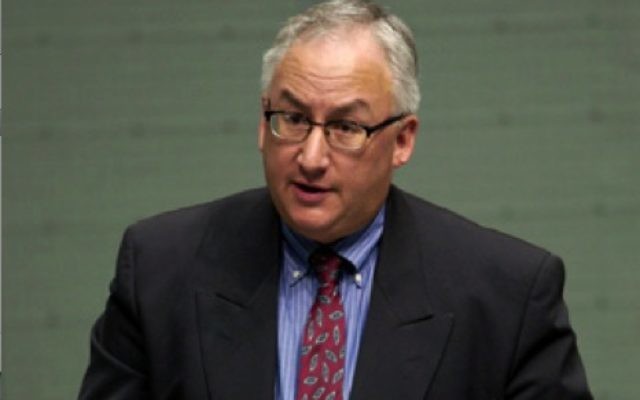 A PETITION urging Federal Parliament to call for the release of the three Israelis kidnapped in the West Bank this month was tabled in Canberra on Wednesday, with support from federal MP Michael Danby and state MP David Southwick.

The nationally circulated petition, which had more than 3400 signatures by Tuesday, asks the Australian government to convey to the Palestinian Authority that it should “cooperate and coordinate with Israeli authorities” to secure the release of Eyal Yifrah, Naftali Frenkel and Gilad Shaar.

The petition, initiated by the Jewish Community Council of Victoria (JCCV), notes that the three “were kidnapped while travelling home near Gush Etzion in the West Bank”, and “draws attention to the House the widely held belief that Hamas is involved in the kidnapping.”

It also asks Parliament “to condemn the kidnapping” and urges the government to “request NGOs such as UNWRA, Oxfam, Human Rights Watch and the Red Cross – organisations which are the beneficiaries of Australian taxpayers’ financial support – to exercise their influence on Hamas to ensure that the teenagers are released unharmed”.

Danby, who was due to present the petition on Wednesday, said: “I am aware that at least the International Committee of Red Cross and Human Rights Watch have spoken out against these abductions, and I trust that other NGOs working in the region will follow suit. The next step for such NGOs should be to use their influence on the Hamas organisation to secure the release of these teenagers unharmed.”

“Kidnapping young people like this, indeed any people, for ransom is a dastardly thing. It is a terrible evil not only for these teenagers but also for the sake of their families.

“For the sake of the peace process between the two peoples, the Palestinian people and the Israeli people, these boys should be returned safe and sound. A lasting and fair peace will not be possible when students cannot get to and from school without full security. Bring back our boys,” he said.

Southwick said Jewish community leaders he has spoken to were determined that the federal government “echo our shock and horror to the world and make clear that the return of these boys must happen swiftly.

“It is vital that our community in one strong voice calls on the federal government to condemn the kidnapping and asks the government to make requests to ensure the safety of these boys and their release from their captors.”

JCCV executive director David Marlow told The AJN the petition, with the active involvement of Danby and Southwick and support from Josh Frydenberg, is “a Victorian initiative” that has been circulated nationally among Jewish communal organisations.

He said the Australasian Union of Jewish Students, which is an affiliate of the JCCV, worked with its NSW office to circulate the petition in the Sydney Jewish community.

NSW Jewish Board of Deputies president Yair Miller stated: “We commend the initiators for being proactive on this issue.”