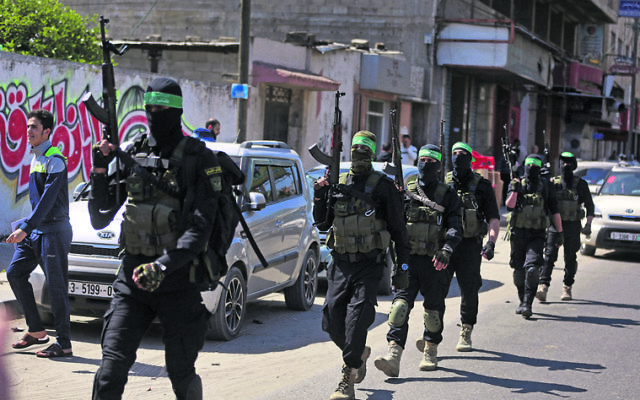 COMMUNAL leaders have welcomed the report by the Parliamentary Joint Committee on Intelligence and Security (PJCIS) which recommends Australia proscribe all of Hamas.

The PJCIS today tabled its report recommending the government expand the listing of Hamas’ Izz al-Din al-Qassam Brigades to include the whole organisation of Hamas. It made a similar recommendation in regard to Hezbollah in June.

Committee Chair Senator James Paterson said that it was clear from evidence received during this review that the whole organisation of Hamas met the definition of a terrorist organisation under the Criminal Code.

“Currently, the US, Canada and the EU list the whole organisation of Hamas as a terrorist organisation under their respective proscription regimes,” he said.

“The expert evidence provided to the committee overwhelmingly rejected the idea that Hamas’ Izz al-Din al-Qassam Brigades operates independently from the rest of the organisation. There was agreement that Hamas operates as a singular entity with overlapping personnel, finances and structure.

“In addition, leaders of Hamas have repeatedly made statements which meet the advocacy test for terrorist listing, including direct incitement of acts of violence against Jewish people.”

The Zionist Federation of Australia (ZFA), Executive Council of Australian Jewry (ECAJ) and Australia/Israel & Jewish Affairs Council (AIJAC) all made submissions and gave evidence to the PJCIS inquiry.

ZFA president Jeremy Leibler said, “That Hamas meets the definition of a terrorist organisation is obvious to anyone who examines Hamas’s actions, statements and intentions.

“The bipartisan nature of the Committee’s report shows that Parliament is united on the need to proscribe the entire organisation. This is a welcome development.”

AIJAC executive director Colin Rubenstein thanked the committee for giving full consideration to a range of evidence in assessing the issue.

“We urge Minister for Home Affairs Karen Andrews to seriously consider the bipartisan recommendations of this committee,” he said.

“The committee has done excellent and thorough work in reaching this conclusion, which is supported by Australia’s Director-General of ASIO Mike Burgess.”

ECAJ co-CEO Peter Wertheim added, “The Committee has seen right through Hamas, and the Committee’s report has laid bare the terrorist and racist essence of Hamas from top to bottom.

“The Committee deserves high praise for its diligence and insight.”