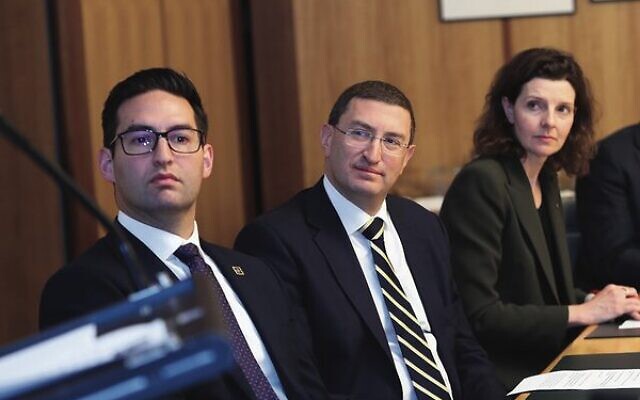 The Parliamentary Friends of the International Holocaust Remembrance Alliance (IHRA) has made good on a pledge made at its official launch in October, writing to all Australian universities calling on them “to adopt formally the IHRA definition of antisemitism, and incorporate it into your university’s internal processes and policies, such as student and staff conduct guides”.

The November 30 letter emphasised the universities were not being asked “to restrict academic freedom of speech”, but rather to “make it clear, in word and deed, that antisemitism and Holocaust denial are false and pernicious ideologies and are not acceptable to your university”.

It was signed by co-chairs Josh Burns, Allegra Spender and Julian Leeser, and requested a response from universities by the end of January 2023.

La Trobe University’s vice-chancellor Professor John Dewar has already replied advising that it “is actively considering the adoption of the IHRA definition and – in particular – its integration with our student and staff-facing policies and procedures”.

Burns told The AJN, “Every Jewish student and staff member should feel safe on campus. I’ve heard of too many incidents of Jewish people feeling unwelcome on campus – this has to change.”

Spender said, “When I met with the Australasian Union of Jewish Students, they raised their concerns about rising antisemitism at our universities with me. Every student must feel safe and welcome on campus.”

Incoming president of the Australasian Union of Jewish Students Alissa Foster welcomed the action and said, “We hope the letter from the Parliamentary Friends of IHRA reinforces the urgent need for university leadership to take action to address antisemitism and support their Jewish students. Having universities across the country adopt the internationally endorsed IHRA definition will go a long way to making Jewish students feel heard and comfortable on campus, while also providing an educational platform for both staff and students to understand contemporary antisemitism, which is essential in order to combat it.”

Executive Council of Australian Jewry co-CEO Peter Wertheim also praised the move. “We commend the Parliamentary Friends of IHRA for their initiative in writing to university vice-chancellors, and urging them to adopt the IHRA Working Definition of Antisemitism as a standard for assessing complaints of on-campus antisemitism and as an educational tool. It is anomalous that no universities in Australia have yet taken this step when more than 100 universities in the UK have done so, as have other universities in the US and elsewhere.”