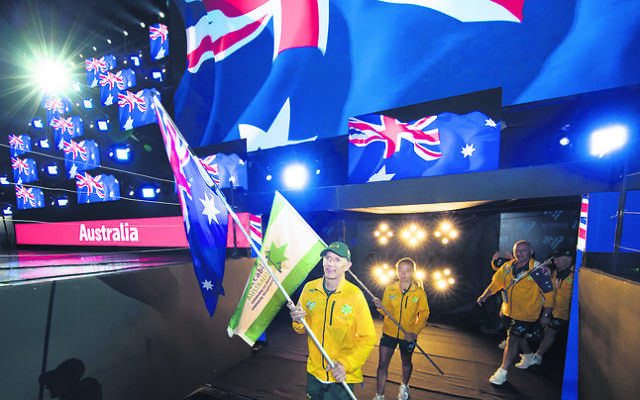 THE first three high profile athletes to be appointed as Australian Maccabiah team ambassadors for the next games in Israel in July 2022 have been named by head of delegation Barry Smorgon.

Each enthusiastically accepted the honour, and offered words of inspiration and encouragement, coinciding with the reboot of the Australian delegation’s recruitment process.

Smorgon said despite the initial double blow of the 21st Maccabiah Games being postponed by one year by the Maccabi World Union, and the ramifications of the onset of the COVID-19 outbreak, “planning is now well and truly back on track”.

The motto for the Australian team will be: One Team, One Dream.

“We’re working to deliver an outstanding experience for all our team members,” Smorgon said.

First up will be nominations for team managers and coaches, which are  open now and close at the end of August. Nominations for athletes will open in November.

Maccabi Warriors ‘Big V’ player Jarred Kieser, who played at the 2009 Maccabiah Games for the youth team, aims to coach the junior boys’ squad at the 2022 games.

“Basketball has been really good to me, and I love that I’d get to share my knowledge and passion for the sport with the next generation,” Kieser said.

To find out more, visit www.maccabiupdates.com/m21.