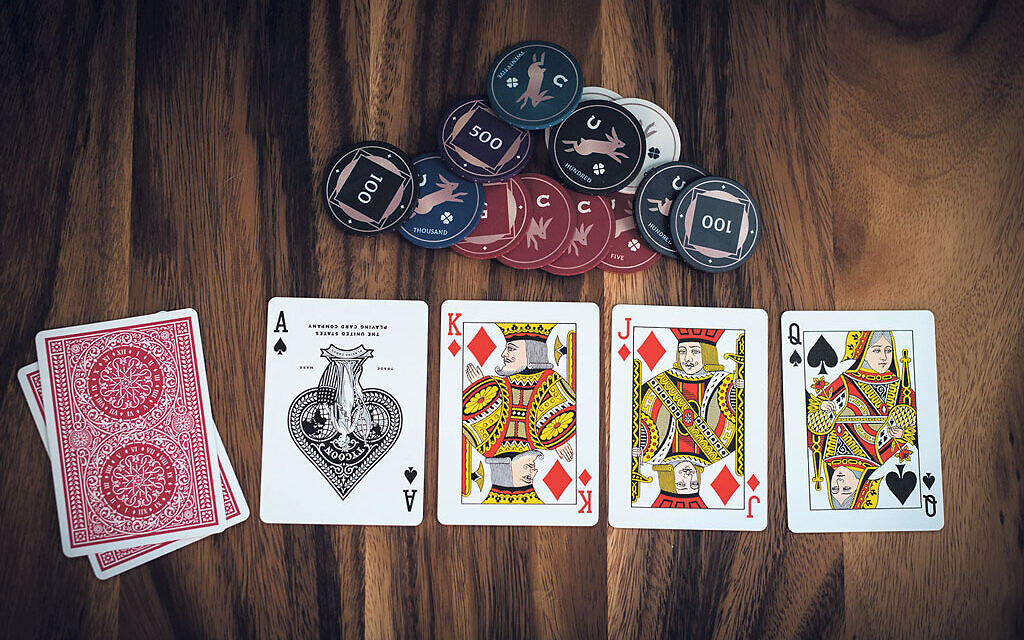 Be careful when playing the stock market because while you seem to hold all the cards, you may have nothing in your hand. Photo: Dylan Clifton on Unsplash

Stock markets around the world are again registering all-time highs. The same is occurring here in Australia so investors should be celebrating.

But many are not.

And the reason for this is that investors are also economic citizens. A cursory economic glance at the country suggests all is not as well as the stock market’s strength might make it appear.

From retail sales, to residential construction, from plunging car sales to plunging business confidence and from flatlining grocery sales to flatlining wages growth, the Australian economy does not inspire confidence.

Just 10 days ago, in its six-monthly review of the global economy, the Paris-based Organisation for Economic Co-operation and Development (OECD) sharply downgraded Australia’s growth expectations and raised material concerns about the level of household debt.

One of the largest drivers of economic activity in Australia, as in many western economies, is consumption – spending at shops, and the OECD expects it to grow at rates lower than inflation.

Part of the reason for weak retail trading is that consumers are carrying record levels of debt. This was confirmed by the ANZ and the NAB who recently reported negative mortgage book growth. In other words, existing mortgage-holders were paying off their mortgages faster than the bank could write new loans.

A few months ago I had lunch with the Reserve Bank of Australia’s (RBA) Guy Debelle. At the time it was his hope that ATO tax rebates offered by the government would find their way into the stores. Instead the money went straight off mortgage balances.

Low interest rates, it seems, are not inspiring people to borrow more and spend – they already have more debt than they want.And they want less debt because low rates are signalling all is not well in the economy. And the stock market keeps registering new highs.

So what gives? The answer is in interest rates themselves. When rates fall, the present value of a future dollar is worth more.

When the RBA recently stated that rates could go to 0.25 per cent, and beyond that the bank would consider printing money, investors realised that painfully low earnings on term deposits were here to stay.

Consequently, the migration from bank term deposits to virtually anything else that makes more money, continued. Much of that migration is heading into stocks and so the stock market goes up.

But there are dangers to the migration.Most investors make the mistake of chasing the stocks with the highest yields. This can be a mistake.

When yields are very high, for example, six, seven or eight per cent for the banks, investors can fall into the trap of buying shares whose dividends are subsequently cut.

When bank term deposits are earning 1.7 per cent and a bank’s shares are yielding eight per cent, the gap is simply too wide, and the stocks too well known to be legitimate.

The wide gap exists because investors believe the dividend is unsustainable.

If it’s too good to be true it usually is.

The stock market is hitting highs precisely because the economy is not doing well and because it requires lower interest rates to maintain its breathing and heartbeat.

The other reason for the strength is that investors are chasing stocks that are growing their earnings overseas, those that are less directly exposed to the domestic economy.

Stocks that are benefiting from this search are companies such as CSL, global biotech company, and BHP.

Speaking of BHP, if we remove the materials stocks (BHP, RIO FMG et al) and the energy stocks, such as Santos, we discover that the market earnings per share is declining. Despite the declining earnings, the price-to-earnings (PE) multiple that investors are willing to pay is rising.

But given earnings are declining and PE’s are expanding, it means investors are paying more for less.

And that doesn’t tend to last forever. Economist Herb Stein once quipped, “If something cannot go on forever, it must stop.”

If the central banks of the world finally get the economy moving, and rates start to rise again, investors might find they have paid very high prices for returns that they could have earned in a bank term deposit without the risk.

Roger Montgomery is the chief investment officer of Montgomery Investment Management. The information provided is the opinion of the author. The AJN recommends that readers seek independent financial advice.