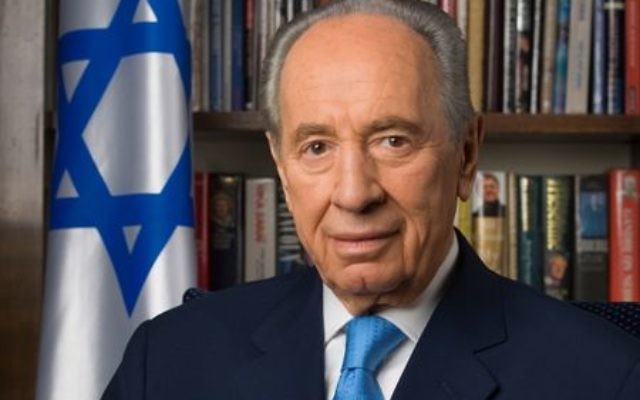 Palestinian leader Mahmoud Abbas is “the best partner that Israel has and the best we have had,” Israeli President Shimon Peres claimed this week.

Members of the Israeli government, including Prime Minister Benjamin Netanyahu, have delivered stinging attacks on Abbas, the Palestinian President, in recent weeks following his formation of a national unity government that is backed by Hamas. But Peres waxed lyrical about him during a question-and-answer session with journalists on Sunday.

“I’ve known him for 20 years and he’s a man of his words and of courage,” said Peres, going on to refer to the comments he made during a trip to Saudi Arabia against the kidnappings.

“What he did in Saudi Arabia, he was clear on peace and clear in his opposition to terror, he expressed an understanding of our problems. It is not a simple position to take and I don’t know of anybody else who would do it.”

In what could be taken as a word of warning to Netanyahu he said: “We shouldn’t miss an opportunity to make peace with him.”

Sunday’s event was one of the last times that Peres will take questions as President, as he will complete his term next month, and he made it clear in the Jerusalem hall – packed with the 100 delegates to the Jewish Media Summit, among them representatives of The AJN plus local press – that he will go out in style.

The 90-year-old statesman had a hard-to-please audience eating out of his hands as he hammered home his point on the big questions like Abbas, and then enjoyed himself with some mellow reflection and some eloquent wriggling to avoid sticky subjects.

He claimed to have no advice for his successor, the right-wing politician Reuven Rivlin, saying: “I don’t think he needs any advice. He’s a grown-up person. He does not have to be like me. He has to be like him.”

One journalist asked Peres what his regrets are, prompting him to claim that he has none. He said: “Why should I waste time regretting?”

Peres also provided humour – unintentionally. Seemingly intending to call it an organism, he said that the human brain “is a strange orgasm.”

With less than a month passed since Pope Francis visited Israel, one journalist asked about the pontiff. Peres called him “the best Pope the Jewish people have had for 2000 years,” adding that with his warmth to different religions he “brought us together in a spirit of brotherhood.”